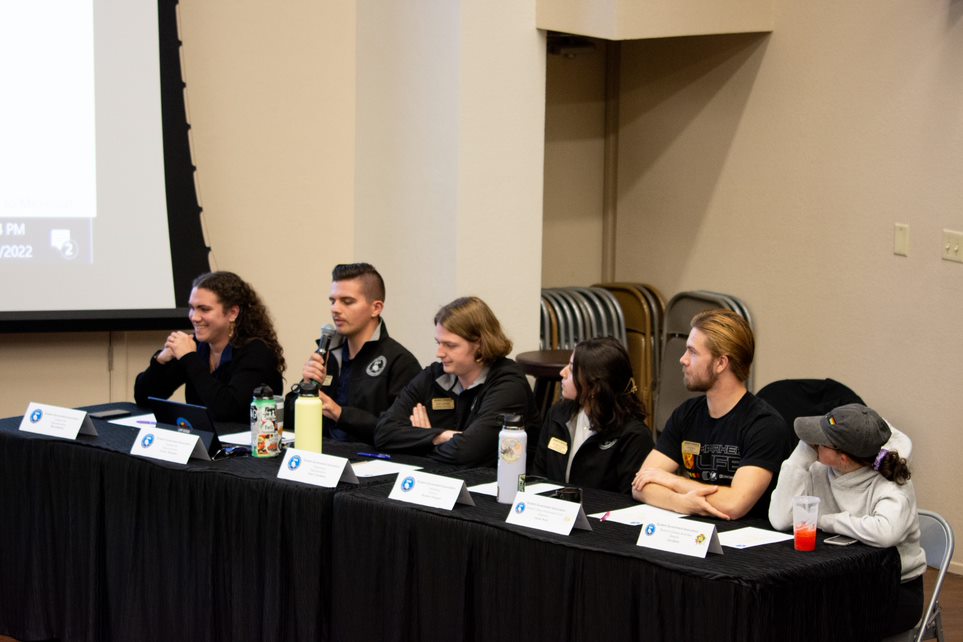 On Nov. 7, 2022, a Student Government Association (SGA) meeting took place at the DLC auditorium from 6:00 p.m. to 7:00 p.m. SGA Executives and College Representatives were there along with the Horizons Editor in Chief and BCA Leadership. In the audience, many RSO leaders were present along with student individuals.

The Open Meeting started off with roll call and attendance and an overall synopsis of the last SGA open meeting. Following that, each SGA Executive stated what projects they were working on within the school and their individual progress.

The SGA College Representatives gave updates and progress statements as well. Most of the SGA attended a trip to the Daytona Campus in which they learned more about the campus in-depth and heard student perspectives. Many SGA members expressed how it was important to see the differences and similarities in the campuses.

After progress reports, the floor was open to student individuals or RSO leaders to ask questions or give comments.

Following the open floor, SGA presented proposals to allocate money for various projects. One was the Library Table Proposal, which outlined the need for whiteboard tables in the library. The proposal outlined how lower library renovation is planned, and new whiteboard tables will contribute to the renovation process.

When it came to the voting of this proposal, there was no objections or further comments, so the proposal passed.

Another project that was proposed was for an online Job Search workshop through Career Services. The workshop is currently being held also by the Worldwide and Daytona Campus, and if the Prescott Campus opted out of the workshop, Daytona would pay additional funds. The workshop would happen with or without Prescott’s participation.

The Job Search workshop would be three hours and would discuss conducting an effective job search. It is open to unlimited participants.

When it came to the voting of the workshop proposal there were no objections or further comments, so the proposal passed.

During the meeting, it was also stated that Dylan Astrup, the SGA Vice President, would be the SGA Election Commissioner for the 2022-2023 season. SGA President Prince Gersom Anselmo stated how Astrup being appointed will allow “a much smoother process for SGA and the organization itself moving forward.”

After the meeting, Anselmo expressed the importance of the proposals and how “the tables in the library are definitely a big thing because it affects a lot of people in the library, I use them as well.” He went on to state the importance of “allocating funds for the online thing…it helps students understand online services, especially after they graduate to find jobs.”

Christopher Sorenson, the SGA College of Engineering Representative, was asked what he believed was the most important thing discussed. Sorenson told Horizons, “I would say in my mind…it was the tables in the library because I like to listen to student concerns and things of that nature. The tables in the library is something a lot of students have told me before, and nothing was ever done about it until now.”

Sorenson went on to state how, “I think that is a prime example of what SGA is supposed to be doing, listening to students and funding money to what students need.”

Overall, the SGA Open Meeting was productive and new proposals will be moving forward. SGA Open Meetings take place every other Monday in the DLC Auditorium from 6 p.m. – 7 p.m. and students are encouraged to attend. 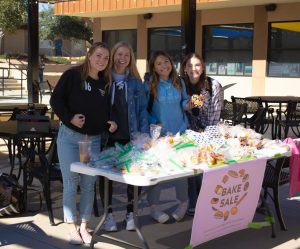