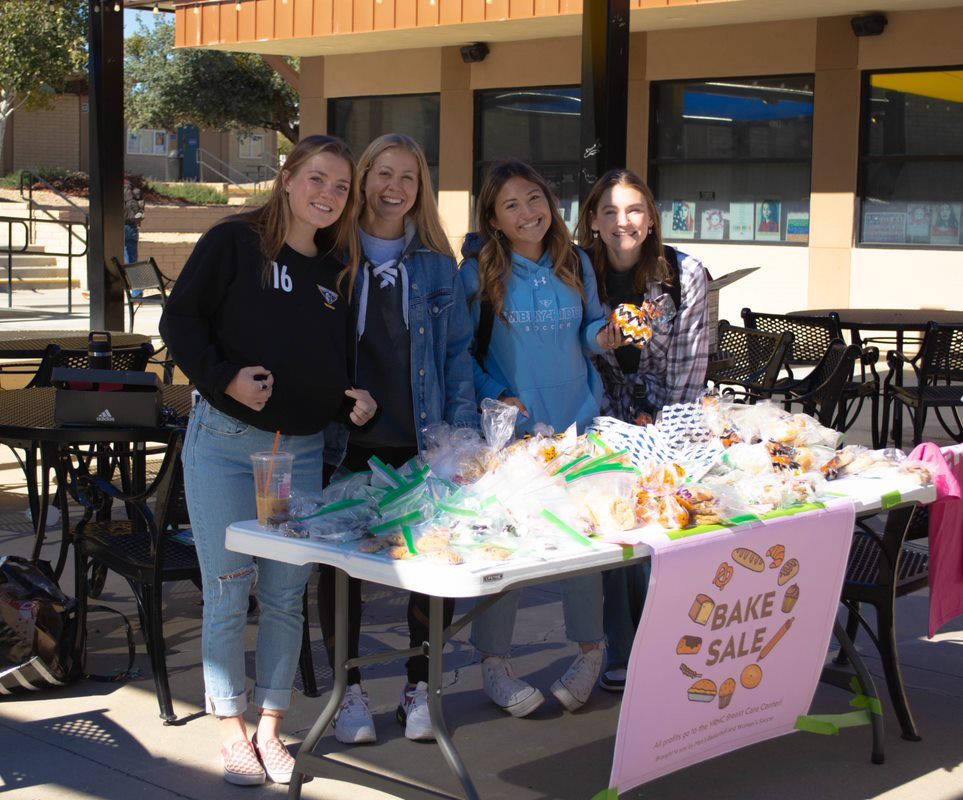 Aiming to raise funds for breast cancer support, AST hosted four events to engage Embry-Riddle’s staff and students in their cause.

On the following Tuesday, AST had a Mammogram Sale. The sisters sold bags of candy with self-examination instructions and local mammogram options and resources. Mammograms are chest x-rays that can detect breast cancer before symptoms arise.

The next day, AST hosted “Pie A Tau”, where students could pay two dollars for a plate of shaving cream to pie a sister.

“I was pied about five times, but our sister Becca was pied so many times! It was really fun seeing everyone come together for a good cause while also doing something silly like pieing each other,” Mann told Horizons.

“The rose pickups were the highlight of my week since we were pre-ordering them throughout the week,” said Gabriella Del Rio, AST’s President, “It was nice to see everyone’s faces again when they came to pick up their roses and learn more about AST.”

100 percent of the funds AST raised were donated to the Yavapai Breast Cancer Center to buy supplies and support patients during treatment. This year, AST raised over 500 dollars for donations, and they hope to increase that number in the years to come.

“We recognize that going through cancer care is such a difficult time and if we are able to help, even just a little bit, it means the world to us,” Mann stated.

AST sought to have a positive impact on the Embry-Riddle Prescott campus by encouraging students to be aware of breast cancer treatments and resources, and to also support survivors and patients actively fighting the disease.

Del Rio told Horizons, “We hope that the women on campus will learn more about breast cancer and how it can impact them as well. It is important for women of all ages to understand how important physical and mental health can be and we hope to help educate them.”

In closing, Del Rio told Horizons, “Philanthropy means to me coming together for a good cause. We are all so busy, but we made time this week to support an organization like the Yavapai Regional Medical Center Breast Cancer Center. But in the bigger picture, philanthropy is a way for me to share what I am passionate about with others!” 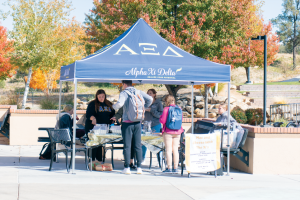 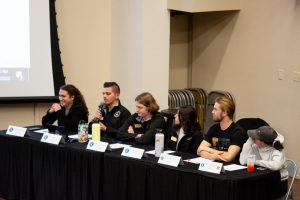