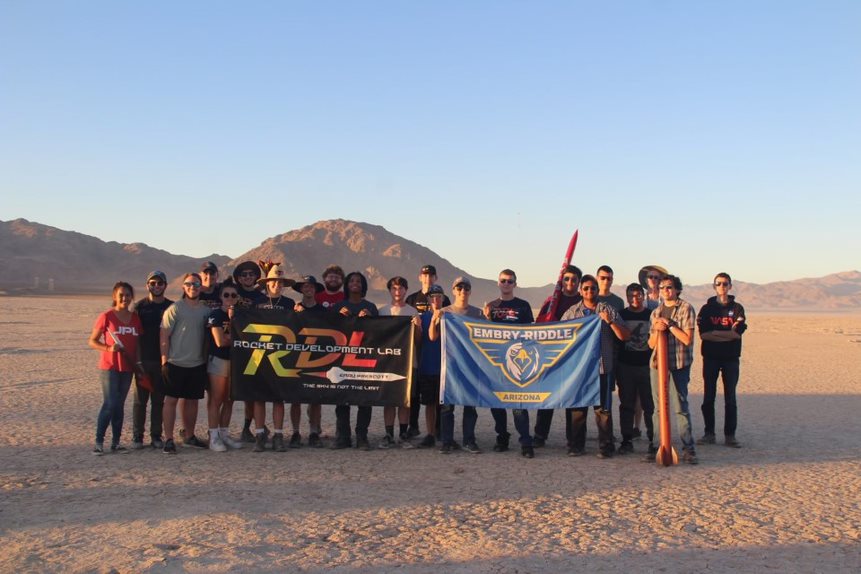 The Rocket Development Lab (RDL) is an undergraduate rocket club that teaches the fundamentals of rocketry. We go through the engineering process (i.e., design, build, test) all in-house. We are a freshman friendly club and allow anyone and everyone of all experience levels and majors to get their hands dirty while we strive to reach the stars… Literally.

Important Events That Show What We Do!

On May 5, 2022, the RDL’s Altair team hot-fired the first liquid rocket in ERAU history! Altair is 20ft tall and powered by a 1,000 lbf JetA/LOX engine. The rocket is set to launch in mid-September! For three years, the Altair team has persevered through blood, sweat, and tears and never let any obstacles stop them from completing their goals. They learned trial and triumph and that anything can be done if you put your mind to it, even when it seems impossible. The team has poured their heart and soul into this project. Congratulations to the Altair team and everyone who played their part in making this dream a reality! It really is rocket science!

Although the rocket, Altair, concluded in a fiery explosion, it was still a fantastic feat. The Altair team worked tirelessly to get the rocket to the launch pad and become the first ever fully undergraduate liquid flight vehicle (i.e., designed, built, and tested by undergraduates). The rocket has been through a lot of ups and downs that could have concluded the project years ago, but that is not how the story goes. For almost 4 years, Altair has been a work in progress and was destroyed by many different factors. The team ensured that Altair’s end was not on the test stand but by making fire elsewhere. Altair’s conclusion was not a failure and is something we should all be proud of.

We’re a go! After receiving the order to launch, the team worked overtime to get Spectre, a 6-inch solid steel motor case, prepared for liftoff in one month. The team traveled to Friends of Amateur Rocketry (FAR) near the Mojave Desert to see Spectre fly! The launch was victorious; Spectre reached a peak thrust of 2,000 lbf and an altitude of 26,000 ft! Swipe to see Spectre’s take off.

The RDL participated in the Tripoli Rocket Association’s hobby rocketry launch at Aguila. This event entails a road trip to the desert for a weekend of camping and watching or launching rockets. Some members completed their Level One (L1) or Level Two (L2) High Power Rocketry certifications while others enjoyed watching the rocket launches. The days ended with fun games and campfire traditions.

Members of the RDL worked together to get the rocket engine, Kairos, ready for the first liquid hot fire of the semester. Although the day was windy and the team dealt with many other hardships, Kairos was able to hot fire for close to two seconds. A lot was learned throughout test day and the team received a vast amount of valuable data. It really is rocket science!

After three years of hard work, dedication, and perseverance, project Genesis successfully hot fired its first two solid motors on April 7, 2022. They were 24-inch, 98-millimeter motors; the second motor produced 350 pounds of thrust and hit 900 psi! The goal of project Genesis has been to characterize pourable solid propellant recipes. The team has mixed roughly 20 different propellants to characterize the pourability of the different recipes and use these to create a pourability graph. The graph gives an idea about a propellant’s pourability based on its formulation. This graph will speed up the process of developing new pourable recipes. Way to go Genesis! 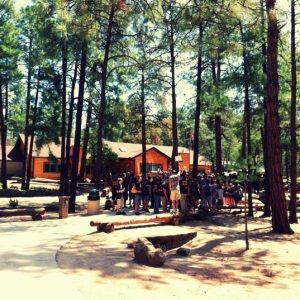 Next post LEAD Retreat Experience: My Experience as an Attendee