Meet Miles Reeves D’Brien, the blue/purple mermaid Betta fish owned by the Embry-Riddle freshmen Chrissy Benites, Tatiana Gomez, Alea Lind, and Julia Payne. On Sept. 25th, 2022, his dormmates spotted him at the local PetSmart in Prescott, Ariz. Although they initially entered the store not expecting to buy anything, they left the store with him because they missed their pets back home. He now resides in his tank at T2 within his new owner’s dorm at ERAU. He was named after several actors: Miles Teller (“Divergent” series, “Top Gun: Maverick”), Keanu Reeves (“The Matrix” series, “John Wick” series), and Dylan O’Brien (“Teen Wolf,” “Maze Runner” series, “Transformers: Bumblebee”).

Miles likes to swim around his tank, which is filled with some live plants and grass, a fake coral, and black rocks. He also likes to hide in the grass or follow around a finger if one puts it up to his tank. Sometimes when the finger is placed up to him, he flares his gills because Betta fish are aggressive and, in this case, he is asserting dominance. With that said, Miles likes anyone, as long as they feed him. He also loves to watch movies with his owners. His favorite film is “The Lake House”, a 2006 fantasy romance film that revolves around an architect living in 2004 and a doctor in 2006 who meet and correspond via letters left in the mailbox of a lake house they lived at separate points in time! 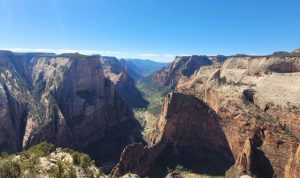