Each year, the Embry-Riddle Aeronautical University’s Prescott campus floods with freshmen looking to find their way in an entirely new life. Suddenly, they have been plucked from the familiar and placed in a small dormitory with someone that could be a complete stranger, in a place they don’t know, facing the reality of college, ROTC, flight school, sports, and other stressors.

However, things are a bit different this year. Rumors started spreading close to the end of the Spring 2022 semester alleging that freshmen would be three to a room in the Thumb Butte Complex Suites, commonly known as T2. These suites are known for having narrow, vertical rooms with already limited space – so how was ERAU going to fit another student in these rooms?

Horizons reached out to the Dean of Students Dr. Rhondie Voorhees, who explained the new setup in the T2 rooms. Only one of the two rooms in each suite would be set up for three students, and “all three residents in triple rooms have their own standard-sized desk. The bed arrangement includes one bunkbed on one side for two students and one lofted bed on the other side to accommodate the three desks. Each resident has their own dresser – shelves have been removed from the closets; one dresser fits in each of the two closets and a third dresser (two sets of drawers) fits under the lofted bed.” Despite reassurances from administration, T2 has historically been described by students as “narrow” or “cramped,” even before a third student was added into the rooms.

Additionally, the T2 dorms were designed to accommodate only four students. In the shower room, there are only four ‘cubbies’ for students to store personal items. What happens to the extra student? This is a small example, but these seemingly insignificant details can easily contribute to challenging and stressful dynamics among strangers learning to live with each other. However, Dr. Voorhees reminded Horizons that “It is very common for colleges and universities to triple residence hall rooms.”

Freshman parent Michael V. told Horizons, “For [my student] the attractiveness to T2 was it was the newer dorm with large desks and only 1 other roommate along with a shared living space … About 1-2 weeks before move in he was informed that his room was to be a triple.” Another parent, Jennette H., added that “We did not receive a cut in price,” which Michael V. also corroborated.

So why are we having such a drastic change in housing?

In previous years, the larger dorm rooms such as the Modulars have been used as triples, but never before has T2 been tripled. “With an increase in need for returning students to have access to on-campus housing due to the local housing market, Halls 1 and 2 were determined to be used for upper division housing and Hall 7 to be used by incoming transfer students who are not required to be in housing,” stated Assistant Director of Housing Justin Munz, “With the need for this space, tripling was required in other locations to accommodate the incoming class.”

However, this raises the question: if ERAU knew there was an increase in need for on-campus housing, why accept so many freshmen? The amount of students now living on campus is not only putting stress on housing, it is also creating issues with parking and other aspects of campus life, which will be covered in a future issue.

Ultimately, as many things boil down to, the issue is communication. Incoming freshmen were given very short notice of their new housing situation, and the university has provided minimal recourse. According to Dr. Vorhees: “Residents currently living in triple rooms will be offered the opportunity to move into empty spaces in double rooms as space is counted and becomes available.” However, there is no mention of a long-term solution, or if ERAU is planning to construct an additional dormitory.

The coming change in Housing Directors could ensure more transparency in the future and better communication between administration, students, and parents. As it is now, many people are confused and frustrated, with parents worried for the mental health of their freshmen. Jennette H. said to Horizons “I would challenge the administration to stay a week at three per room in T2.” 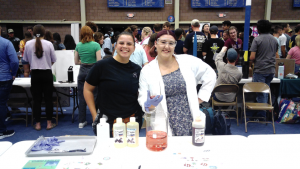 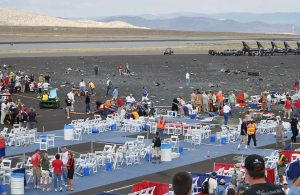