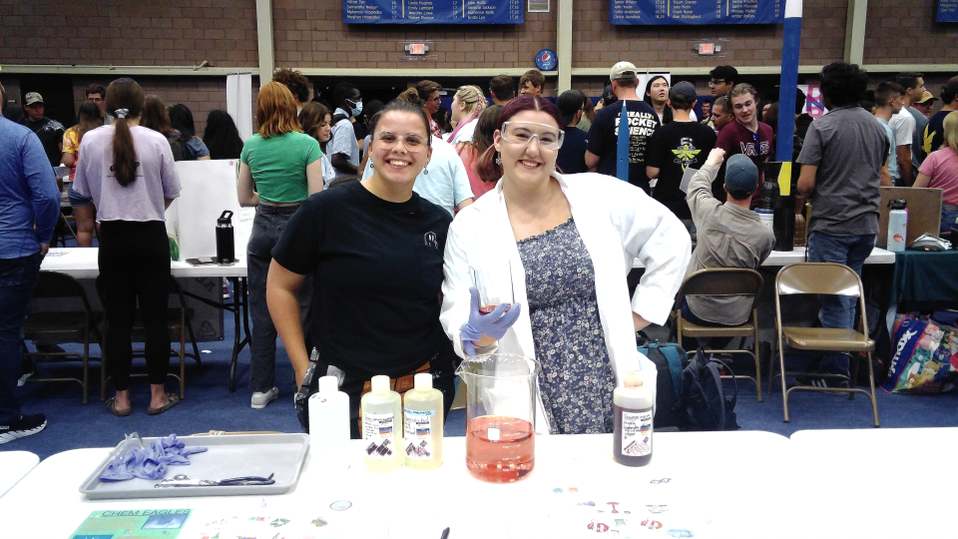 Students in the College of Engineering were attracted to engineering clubs such as the Rocket Development Lab (RDL), a group involved in rocket-related activities, the Advanced Polytechnic Engineering Experience Club (APEX), a club that will participate in a 48-hour engineering competition later this spring, and the AIAA Design-Build-Fly Club (DBF), which will build an unmanned radio-controlled aircraft to perform specific missions at a competition.
Students in the College of Security, Intel, and Business and the College of Aviation got to see some clubs of their own too. The Association of Former Intelligence Officers (AFIO) is a club that educates its members on the US intelligence community, and they got to demonstrate binding a volunteer attendee’s hands with duct tape at the fair. The Airline Pilots Association Aviation Collegiate Education Club (ALPA ACE) promotes a culture of professionalism and safety among the future airline pilots at Embry-Riddle.

For students who are more sports-oriented and would like to relieve stress from their daily lives, they could look at the Archery Club, Nerf Club, or the Skate Club, which showed off playing Skate 3. Students with cultural or spiritual interests can join clubs and organizations such as the Black Student Union (BSU), which advocates for Black and African American students; the Prid- Network, an LGBTQ+ organization for Eagles: Project Pengyou, a Chinese cultural club; and the Catholic Campus Ministries.

Students who attended the organization fair were given the opportunity to join clubs and organizations that would provide them with lifelong memories. Freshman Josiah Esmas, stated, “Tonight there’s a bunch of clubs and opportunities that I wanted to become a part of a community within Embry-Riddle and that’s something I always wanted to do here. … Yeah, it’s pretty thrilling and daunting and overwhelming at the same time … It doesn’t matter here you come from, what circumstances you may find yourself in, there’s always something. There’s always a club here that you could always be a part of, something you could always be just with.”

For people who were unable to make it to the fair, they can visit EagleLife and see all the clubs and upcoming events on the website. A link to Eagle Life is provided here: [https://eaglelife.erau.edu]. 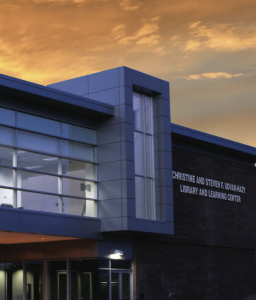