“But, Mom, I just want to stay out a few more minutes – I haven’t gotten a response yet,” I respond.

“Come on, honey, you know you never will,” she says. I know what Mom thinks, she thinks like all the adults do – that’s there’s just nothing up there – just the empty void forever. But I don’t think so. I mean, the void gives us warmth for so many hours every day, there must be something up there that’s making that heat, right? But I dunno, maybe voids do just make heat… not like there’s another one to check.

Ellys thinks monsters live up there, he says his mom told him, so it must be true. I don’t know about that, I’ve never heard a monster. But then again, she says they come out when kids don’t come out, so maybe they are there.

Still no response. Maybe it truly is shouting into nothingness. I should go inside. Mom said there’d be dessert tonight.

“And so scientists theorize that there is some kind of heater in the void that provides warmth – this warmth seems to provide nutrition for some of the plants that livestock eat, as well as keeping them from freezing. Make sense?”

I raise my hand.

“Do they have any idea where the heater is? Or what it is?”

“Well, besides that it’s somewhere in the void, no, we don’t know where it is. It does seem like it has a fixed position, though, seeing as the warmth changes as the planet spins. As for what it is, we have no idea. Probably unlike any of the heaters we use. That’s a very good question. Anyone else?”

“Do you think the heater is maintained by the monsters?”

The class laughs, and so does Ms. Baawl. “No, Ellys, I don’t think there are any Void Monsters maintaining the heater.”

“No, any more serious questions? … Okay then, now we’re going to move on to the frequency of a sound wave, let me bring up the lecture…”

“Can you believe that Professor Cess is working on Void research? It’s so cool!”

“Yeah, I agree!” Kiiara says. Her voice is so melodic. “Those hot air balloons… I’d love to be in one of them!”

“You two should go together,” Ellys says. “Just don’t bring me, I don’t wanna get eaten by the Void Monsters.”

I laugh, to disguise the higher pitch my voice might have after his first suggestion. “Yeah, cause so many people have been eaten so far.”

Kiiara giggles. “Nah, if we go in a hot air balloon, we’re definitely bringing you, so that when the Monsters do come, you can be our sacrifice.”

“I don’t like this plan,” Ellys says with a chuckle.

“I figured,” Kiiara says. “But it is pretty cool that she’ll take students, I hope we win.”

“Well, I’ve got class to get to, I’ll see you two later,” Kiiara says, before walking off.

“See you, Kiiara,” I say, before turning back towards the dorms. “Well, back to our dorm?” I ask Ellys.

“I suppose, yeah,” he says. “You really should just ask her out.”

“Y’know, she’s right – we should bring you as a sacrifice to the Void.”

“The Void-People apparently call themselves ‘humans’ and say they come from the Void, our -”

“I was right!” Ellys shouts.

“Shh!” Kiiara says. “I wanna hear about the Void People.”

“-to understand how this is possible. More to come as the situation develops.”

“So there are more planets, just like this one… infinite. And every heater is a star…”

“It’s amazing,” Kiira finishes my sentence for me.

“It is,” I say. “And can you believe that one of our professors is working with the humans to build a telescope we can use?”

“I can’t! It’s amazing… and we’ll get to meet humans, before everyone else – and the scientists too! I can’t wait!”

“Me neither, it’ll be awesome!”

“Are you two ready?” Emily asks.

“Well, I don’t know if we’ll see any planets, there aren’t many in this system, and this little backyard telescope doesn’t have the tech to see planets around other stars… but I can show you home.”

“Yeah, yeah, fancy sound telescope thingy, same difference,” she says. I hear the sound of a button press, and then she says “okay, it should be on now… let me orient it at home.”

There’s a few painful seconds of waiting, and then the telescope… starts to talk. To describe to me what it sees. A star… a yellow star, to people whom color is a thing for… bigger than our star, hotter… it sounds… beautiful. Like the most melodic sounds I’ve ever heard.

Once the telescope is finished talking, Emily asks, “So… I didn’t get that, but… did that give you something?”

“That’s Sol, our – well, my – home. Also known as The Sun… but Sol sounds cooler since I’m literally talking to aliens. I’m from Earth… little planet kind of like this, where all humans were originally from – a lot more people from our colonies now though, just by how that works.”

“Right,” I say. “I remember, Earth… cradle of humanity… you have a Moon too, right?”

“Yeah,” she says. “Pretty cool thing – although, in my travels, I’ve seen other moons, including the one here, nothing’s as pretty as The Moon.”

“I still think it’s weird there was another big rock spinning around us this whole time, and we never knew about it,” Kiiara says.

“Yeah, I agree,” I say. “And to think that people have been there now… that now that our research is done, we could go, there, to Earth… it’s amazing.”

“Happy we could help,” Emily says. “I’d love to show… or, let you guys experience Earth, at some point.”

“Sure,” she says. “The first time any of your species, besides the select few, have seen the sky… we should wait for Ellys, don’t you think?”

“Ah,” Kiiara and I say at the same time, then giggle.

“There’s my favorite Void Monster!” Ellys calls out, flying down into the yard and landing next to Emily. “Did I miss much?”

“Not much,” she says, with a giggle at the nickname. “I just showed them Earth. Well, really just Sol.”

Once Ellys is caught up, Emily turns the telescope to the rest of the sky. “Ready?”

She pushes the button. The telescope begins to speak… and it’s unlike anything I’ve heard before.

After a while, Ellys speaks. “Emily… there are so many stars out there.”

“And each with so many planets… how many of them have you been to? Humans, as a race, that is.”

“Less than one percent of all of the stars in this galaxy alone.”

“And you’ve found… three other sentient species, hundreds of worlds, uncountable resources, and thousands of dangers?”

“How does looking at the sky… at all those stars you haven’t been to… all of the possible terror, not scare you out of your mind?”

Emily thinks for a while, then, “Well… the unknown… isn’t necessarily bad… it’s… beautiful, actually, in a way. It’s full of danger, sure, but it’s also full of mystery and wonder – and sometimes mystery that unravels into wonder. And in general, the wonder outweighs the danger by a thousand times… finding one species like yours is worth finding a thousand poisonous plants or hazardous comets… does that make sense?”

“Yeah, yeah, it does,” Ellys responds. “I… think, at least. Basically… you like the unknown because of all the infinite possibilities… and your belief that they’ll turn out well.”

“More or less… and even if they don’t, it’ll make a great story.”

Ellys chuckles. “I suppose that’s true… can we hear more of the sky?”

“Of course,” Emily says. She turns the telescope on again, and the four of us lay down in the grass. We lay there for hours, eventually falling asleep under the stars – under a Void with much of its mystery, but much less of its terror, remaining. 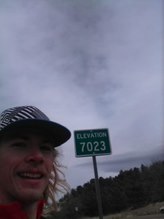 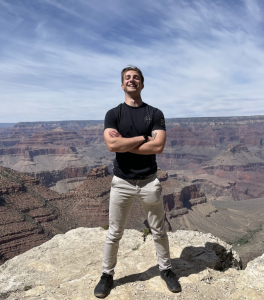