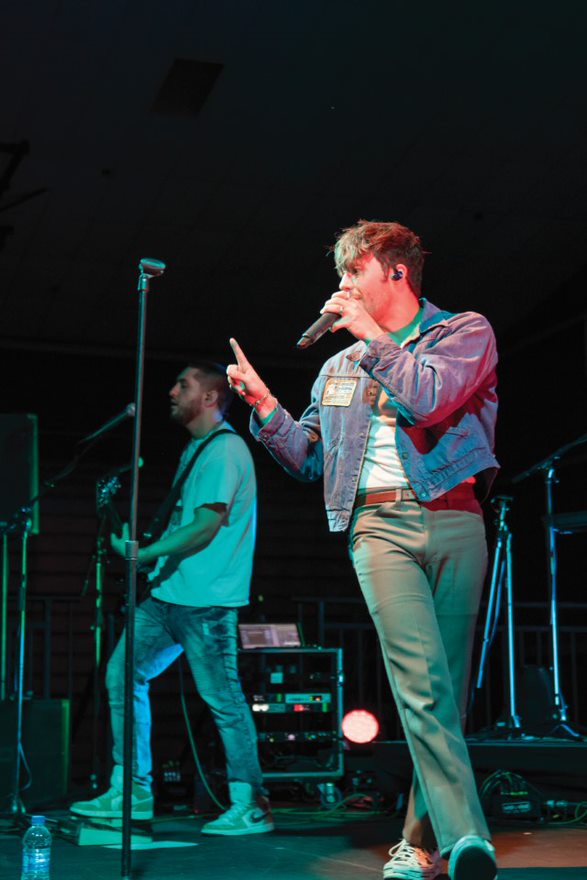 On the evening of April 16, the Embry-Riddle Aeronautical University Prescott campus saw a brand-new event hit the campus floor. The Board of Campus Activities (BCA) hosted the first major concert on campus, featuring headliner MAX, with opener Christian French.

In Spring of 2020, BCA had announced their intentions of holding a concert that semester, featuring Saint Motel. However, the event, like all others for that semester, had to be canceled due to the pandemic that was only just beginning to sweep the world. Fall of 2020 saw another attempt to hold this concert, yet that attempt also fell through due to the lasting impact of COVID-19 restrictions.

This year, the group finally saw their attempts come to fruition, albeit with a different artist. Doors opened to the Activity Center on Saturday at 6 p.m. with the show starting at 7 p.m. Once inside, students could be checked in and receive their tickets, along with other concert giveaways, such as stickers, bracelets, and light-up foam batons.

Just before the concert was set to start, the BCA Director and Assistant Director took to the stage to introduce the crowd to the artists and play their lip-dub of MAX’s song “Love Me Less.” Afterward, Christian French got on stage and performed a 30-minute set, including some of his hit songs “Avalanche” and “time of our lives.”

When MAX came on stage, the crowd went wild. Some songs from his setlist included “Blueberry Eyes” ft. Suga of BTS and “Lights Down Low.” While onstage, MAX hyped up the crowd by encouraging students to jump and dance, getting into the pit, and even flinging water from a water bottle into the crowd. The crowd responded well to MAX’s encouragement, even starting a small pogoing and dance pit near the front of the stage.

One concert goer, Parker Landon, described her experience: “I had a great time! I was able to spend time with my friends on something other than classwork. I also think it was great to have something on campus for students who may not have rides available.” When asked if she would recommend students go to other events like the concert, Landon said: “Of course, I think activities like this are great for any student living on or off-campus.”

After MAX’s closing song, he left the stage and the lights to the Activity Center were turned on. As students were starting to leave, Christian French came from backstage to meet some of the attendees. While there, he interacted with the students, talking and laughing with them, and even signing some of their personal items.

This concert was a long time in the making. BCA Director Alli McIntyre said: “The planning process started in the beginning of the fall semester, as we worked with different organizations on campus to gain approval and funding information.” BCA then launched a campus-wide survey to see which artists the students would like to see.

BCA members also were working behind the scenes both the day before and the day of the concert. McIntyre said of the process: “The day before the concert, BCA worked with the production company to help set up the stage, lights, and sound, and make sure everything was ready for the artist’s arrival on the next day.” BCA members also stayed after the concert to help pack up equipment.

The ERAU Daytona campus has hosted multiple concerts in the past, with the event being held almost annually in the past few years. When asked if there was any intention of having another concert on the Prescott campus, McIntyre said “It is definitely something we will be looking into, although no final decisions have been made at this time. Based on the positive feedback we have received and the success of this concert it is probably something future boards will want to explore!” 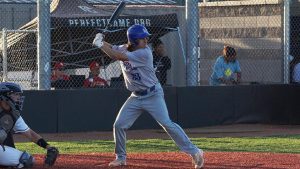 By Olivia Wood and Grace McQuaid, Social Media Leads Image Credit: The Rocket Development Lab for Horizons Who we are!...