Healthcare in the United States has been a long and frustrating debate among political parties, corporations and the national population. The U.S. healthcare system is a spider web of private corporations and fractured systems limiting it to only a portion of the American people. Whether healthcare is a fundamental right or a privilege is discussed among political super powers, influencing the nature of the system as a whole.

In 2020, 28.0 million Americans did not have health insurance at any point during the year. Not having health insurance leads to a variety of possibly fatal obstacles, including not being able to afford ambulances, emergency care, medications, and more.

Someone without health insurance who experiences an accident or health crisis can suffer from lack of treatment or bankruptcy. Additionally, those without healthcare are less likely to be diagnosed with a disease until it is in its late stages, making it possibly untreatable.

Why do so many people not have access to adequate healthcare? The primary reason is that the cost of health insurance is unaffordable for many Americans. On average, health care is $456 for an individual and over $1,000 for a small family. With consistently increasing deductibles, medication costs, and other sources of inflation, many are unable to afford suitable care. Costs of medical care are the number one reason for personal bankruptcy in the U.S.

For decades, various legislation and programs have been introduced by both ends of the political spectrum in hopes of alleviating some of the struggle the American population faces in regards to their health.

During his time in office, former President Barack Obama instigated the Affordable Care Act, colloquially known as Obamacare, which increased taxes to compensate for those who are unable to afford insurance. Despite having positive outcomes, the act was highly controversial and heavily debated. Obamacare is still active, but not enough of a solution to the national crisis.

Moving forward, healthcare in the U.S. needs to be further addressed. It is a continuous debate that sees substantial news coverage yet little payback for the average consumer 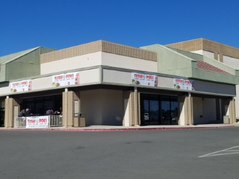