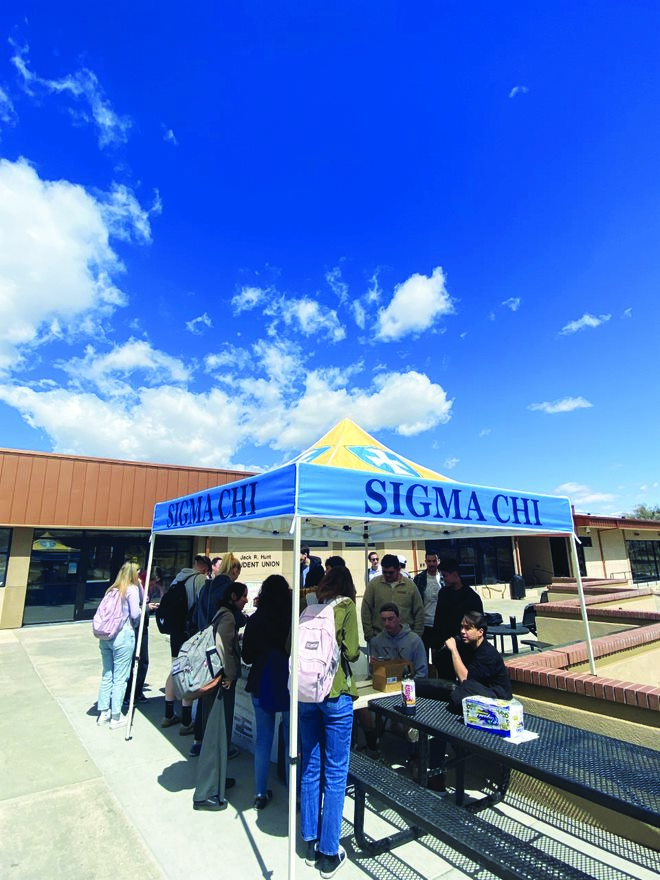 John Wayne made an incredible claim about the type of men in Sigma Chi and the men of Sigma Chi at Embry-Riddle Prescott encompass that claim well.

According to the official Sigma Chi website, Sigma Chi was founded in 1855 by seven students at Miami University in Oxford, OH. According to Sigma Chi, those seven students believed that a “principle-driven lifestyle should be paramount in an individual’s lifelong quest to achieve progressive development, and that the world in which they lived had a great need for ethical leaders whose core principles were based on the possession of remarkable character” and those “seven young men set the foundation for a lifelong course of development that has since provided more than 300,000 men with the structure to understand how to make a positive influence on the world.”

According to the Huntsman Cancer Foundation’s official website, the main mission of HCF is to “guarantee the future of cutting-edge research” at the Huntsman Cancer Institute in Utah by funding “new clinical trials, safer and more effective treatments, and hope for an end to cancer.”

A lot of the brothers in Sigma Chi at Embry-Riddle Prescott have a very personal reason that motivates their efforts in raising money for HCF. Logan Hill, Chairman of Derby Days says “It is unfortunate that cancer affects so many of us but since that does happen, I think a lot of the guys are able to be passionate about it and find a personal reason to try and put in a good amount of effort.”

Hill, who started planning this event in May of last year, says,“Unfortunately, one of my mom’s really close friends passed away about five years ago and she had a long and difficult battle with cancer so for me, the whole reason I took this position is just to give back and try and continue to be a part of the generation to end cancer.”

“It’s something that’s really special to be a part of, my best friend back home, his mom has cancer in her stomach right now so it’s something that I’m really passionate about in the sense that I really want to beat this illness,” says brother Matt Sparling. He continues, “I’d be scared to death if my mom ever got breast cancer, I don’t know what I’d be without my mom. It’s something that a lot of families have to go through and it’s awesome that we are the generation that can end cancer.”

“I think the biggest thing about Huntsman is there’s so many people that struggle with cancer around the world that it’s not really a small problem,” says brother Jackson Pollock, going on to say, “I think the ability for us to [raise money for HCF] really makes our chapter special to be able to give back to the community like that.”

The international Sigma Chi fraternity annually hosts a week-long charity fundraising event called Derby Days to raise money for the Huntsman Cancer Foundation. Derby Days is a competition between teams representing the different sororities on campus to raise as much money as possible through a series of events.

There were four teams competing on campus this week, representing three different sororities, as well as a team from Sigma Chi that was used to stir up some more competition. Alpha Xi Delta, Delta Phi Epsilon, and Alpha Sigma Tau were the sororities participating.

There were six events held over the course of five days including an email-a-thon, dollar war, sign a sig day, trivia night, bake sale, and casino night.

The email-a-thon was conducted before the Derby Days kickoff event and information packets surrounding HCF were given to the teams. The objective was to email as many friends and family members about the organization to raise awareness as possible. Alpha Xi Delta won the email-a-thon by sending out the most emails and raising the most awareness.

Sign a Sig was an event where Sigma Chi members were wearing white shirts and team members would pay $1 to sign those white shirts. If enough signatures were obtained by one team on any shirt, then that shirt could be bought by the team for $5. Delta Phi Epsilon won Sign a Sig.

The bake sale was hosted on March 30 in front of the student union. All of the participating teams contributed baked goods to sell. Delta Phi Epsilon made the most money from the bake sale.

Casino night was hosted on the last night of Derby Days, in the student union. Teams got points by winning casino games and having players come out to represent the teams. Alpha Xi Delta won the casino night.

Sigma Chi is very thankful for the participation of all of the teams in this year’s Derby Days and will continue to raise money for HCF for the remainder of the year with hopes of raising a total of $10,000. 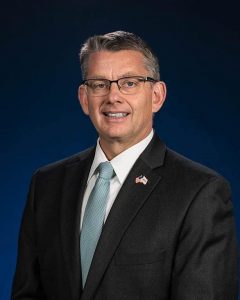