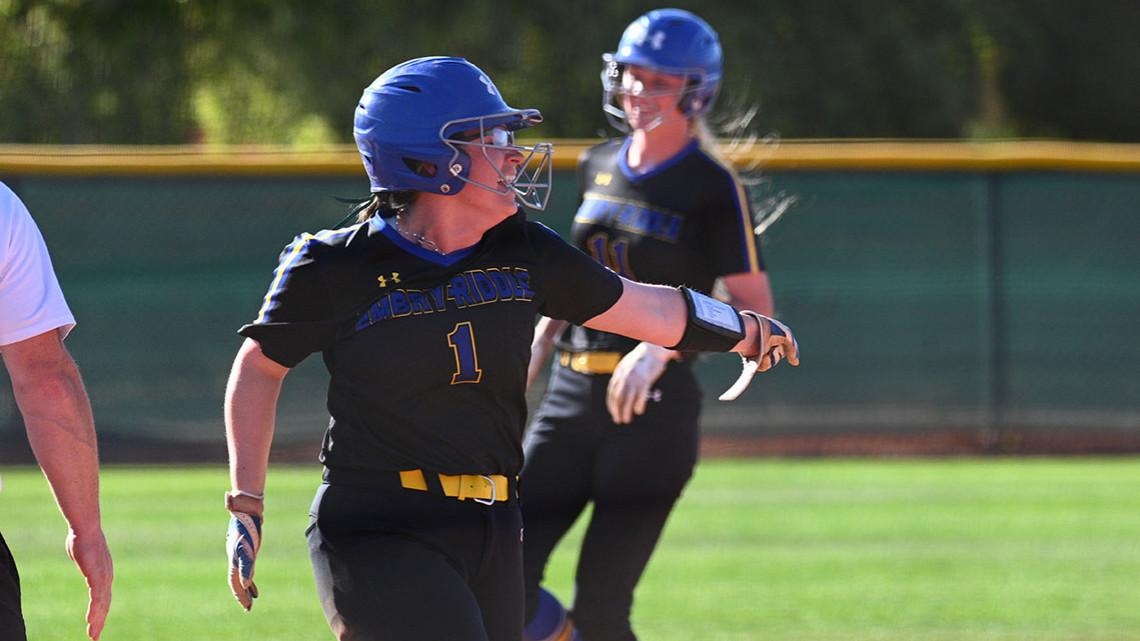 CHANDLER, ARIZ. – The Embry-Riddle softball team continued its win streak on Sunday afternoon, sweeping the four-game series from Benedictine with another pair of road victories. The Eagles have now won nine straight games, and have extended it first place lead in the Cal Pac standings.

The Eagles wasted no time getting on the scoreboard, putting up four runs in the top of the first inning. After the first out of the inning was recorded, the next four Eagle batters reached, and the big hit came via a two-out single from Danielle Jamieson that brought in a pair of runs.

ERAU then scored two more the next inning, and Diana Miranda Montano had an RBI double with two outs. The Eagles would end up scoring in every inning except for the third, and had single runs in the fourth and fifth.

Embry-Riddle would grab its run-rule victory in the sixth, grabbing the 11-1 lead thanks to Emma Almodoba‘s three-run home run over the right-center field fence. While the Redhawks scored one in the bottom of the sixth, they could not muster any more to keep the game going.

Aleena Alexander led the team in hits during the first contest, going 3-for-4 and scoring a pair of runs. Almodoba, Jamieson, Miranda Montano and Mikaeli Davidson had two hits each as well.

Davidson pitched well to earn her 13th win of the year, striking out six and giving up just four hits. Davidson now has 93 strikeouts on the season, and has punched out five or more hitters in the last four starts.

Embry-Riddle once again scored four runs in the first inning, taking advantage of four hits and three BenU-Mesa errors. The Eagles scored three of its runs on errors, highlighted by Rachel Hammons single that brought Hammons all the way around after a bad throw from the third baseman cleared the bases.

The Eagles added another run in the second inning courtesy of an RBI groundout from Almodoba, then put another three-spot in what would be the game’s final inning. Jamieson came up big once again, hitting a bases-loaded triple to right field to put the ERAU in another spot to take away a run-rule win.

Vanessa Brink struck out the side in the bottom of the fifth to record her sixth complete-game shutout of the season. That is the fourth-most shutouts in the NAIA, and Brink’s six punchouts in the contest puts her at 110 for the season.

The Eagles will next week off, then a big opportunity awaits for them coming out of the break. Embry-Riddle will have a chance to stretch its lead in the Cal Pac, and potentially clinch the regular season championship, when they travel to Marymount California for a four-game series beginning on April 16. 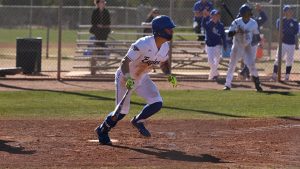