Summary: The European Union (EU) seized $130 million in assets that associate with corrupt bank officials in Lebanon. This will likely start a domino effect to bring justice to the members of the National Bank of Lebanon and may provide stability for the upcoming parliamentary elections.

Development: On 28 March, the EU seized $130 million in assets that belonged to members of the National Bank of Lebanon. France, Germany, and Luxembourg seized assets like bank accounts and properties within their borders from Riad Salameh, the head of the Lebanese Bank. Salameh denied all allegations of money laundering from his own country. Salameh claims his fortunes are from his previous career as a private banker. Salameh has plunged the country almost single handedly into an economic crisis while diminishing his people’s savings while allowing Hezbollah to profit largely from Lebanon’s currency plunge. With Hezbollah gaining more power through the country’s crisis, the upcoming parliamentary elections scheduled for 15 May proves crucial for Hezbollah’s future in Lebanon.

Analysis: The EU will likely bring a swift movement before the upcoming elections in mid-May. The results of the upcoming election will likely have long-lasting impacts. The Bank of Lebanon may receive justice while being overseen along with consequences dealt to violators within. This will likely bring stability to the election, which will likely remain a major goal of the EU’s involvement in Beirut. The seizing of assets may impact Hezbollah’s ability to act, potentially influencing its success in the May elections. 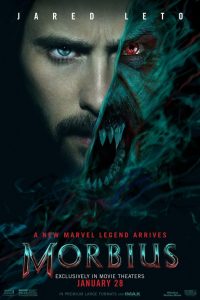 Next post RUSSIA: Hesitancy to Scale Back Despite Peace Talks Will Likely Prolong Conflict

Summary: Although Beijing explained the move as a way to deter future conflict, it will likely use the accelerated buildup of...

Summary: Beijing will likely continue to offer Moscow an economic lifeline to avoid sanctions due to the “No Limits” friendship between...

Summary: Pretoria’s experience with the COVID-19 pandemic and now the effects of one of the deadliest storms on record will almost...

Summary: The Russia-Ukraine conflict places Mariupol on the verge of total Russian control. The capture of Mariupol likely poses a threat to...