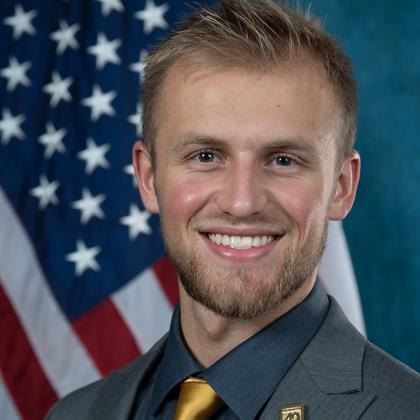 With the recent series of emails from the Student Government Association (SGA) concerning former President Hunter Langemo, many students have been left wondering what exactly happened to cause Langemo to be suspended, and later leave the office of President entirely. Although SGA has declined to comment, Langemo’s perspective on the events follows. Horizons cannot independently verify Langemo’s claims, and has no official stance on the matter. Ultimately, it is up to you to judge the situation as best as you can.

This entire incident revolves around handling public accountability. First and foremost, I resigned on 3/29 at 9:17pm. I submitted this after I found out the SGA Council would vote to remove me, and I resigned because I did not want to fight it anymore. The council declined to acknowledge my resignation letter and continued with their stance that they removed me.

On 2/24, there was an SGA vote on funding the skate park, which the SGA Council voted against. After the vote, Horizons asked me for the vote, so I provided the vote and who voted what. The council got mad that I released their names attached to the votes. Even though they hold a position of public office, they expect the President to hold a unified voice and take the blame, so they don’t have to. I can admit fault in my actions, as reflecting many of them didn’t see it coming, but since there were no policy violations, I don’t see it as fair for deserving such strong punishment.

Due to this and as an act of retaliation from my election endorsements, many of the Council Members moved forward to remove me. On 3/10, the Council voted to suspend me from duties for three weeks for being too transparent with the student body, even though I didn’t violate any SGA Constitutional, Bylaws, Internal Document, or official SGA agreement terms in any way.

The council took advantage of a system that allows for lots of bias and secrecy and voted based off their emotions, not factual evidence. The SGA council is also very heavily influenced by staff member advisors that are not elected by students.

On 3/25, they released a statement which included that they wanted to “return as a unified council, which includes Hunter.” I was tendering my resignation until this point, but this email gave me some newfound hope. However, two days before my suspension was over, I was summoned to meet them again for a re-evaluation, which has no precedent in our SGA. They failed to indicate the nature of this meeting until just an hour and a half beforehand. Initially, I declined to go, but then I got a phone call from the VP stating that they may try to “reconsider” without hearing my side.

At the meeting, the council asked me a few questions about the social media posts that went around four days (3/21) before they released their email (3/25), and then tried to claim that I violated my suspension, without telling me how. If this was legitimate, they would have no reason to hide the truth from the students. I later found out that the SGA Execs drafted a removal statement going into that meeting, indicating their stance regardless of what I had to say.

They suspended me towards the very end of my term, right before training the new SGA Council and the annual Board of Trustees (BoT) meeting. It is the first year in over a decade that Prescott Students had no representation at the BoT general meetings and this is due to the council’s timing and decision. Along the way, the SGA Council deviated from the process written in the SGA Bylaws in several ways, including two examples below.

The letter I received from the resolution of the performance review did not outline the discussion of the conversation or provide clear guidance on how the Misconduct Review Procedure works, violating the bylaws. It was also significantly less detailed than that sent for a previous SGA Council Sanction Review Process in Fall 2021.

I took on this position because I care a lot about the students here and wanted to advocate for changes that improved the quality of student life here. I also saw room for growth with transparency, both with SGA and Admin, so I campaigned hard on transparency and tried to honor that promise with every decision I made, including these. This job was very, very challenging, but I did love it at the end of the day and loved having the opportunity to serve these students.

Unfortunately, I had the odds against me from the start. Right after my election, a council member said, “I am waiting for Hunter to mess up so I can impeach him.” Another council member instigated a note on my desk that said “You’re Next” the day after I got the notice for my performance review. I interpreted this as a reference to the first removal that had been done by the SGA in December. This hurt.

This has been a very difficult journey for me, especially painful this last month. However, I knew that this job would present challenges when I took on the oath. I can walk away and reflect, knowing that I did the best I could for the students at each decision made. That said, I could only do so much given these circumstances.

I don’t quite understand the level of secrecy that SGA has held regarding the matter, as nothing in their guiding documents requires it. That said, I think there is a lot of positive potential and opportunities for growth moving forward. These events highlighted the importance of bringing a majority of SGA business to open forum settings, holding open votes, and encouraging advisors to take a step back to let the students take charge.

I encourage students to advocate for these changes, but I absolutely do not condone any type of harassment of intimidation towards SGA council members. Civil, productive conversations encourage the healthiest culture here. I have confidence in the incoming SGA President and Council to learn from my mistakes and also learn from this situation to hopefully take the SGA to the next level. I sincerely believe that taking these three steps would help restore trust between students and SGA, encourage SGA to vote based on its constituents, and truly craft student leaders like never seen before.

Editor’s Note: This piece was provided to Horizons by Hunter Langemo, and has been edited for grammar. 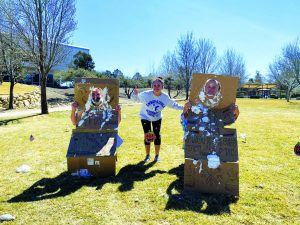