The first bill is in regards to reproductive health, banning abortions after fifteen weeks with the exception of medical emergencies.

The greatest issue with this law, the entire argument behind pro-life legislation, is that the morality is subjective. Those who find abortion to be immoral or unjust have no right to govern the practice as a whole. Abortions are often life-saving, protecting potential mothers from birthing children products of rape or incest, or even dying during childbirth.

What should be the bottom line of the pro-life versus pro-choice debate, is to make the choice that is right for you, your health, and your family. No one should be forced to become a parent based on the ideologies of someone else, especially when health, safety, and civil rights are in question.

Ideally, the pro-life movement would divert their attention towards providing for children who have already been born. In 2019, over 10.7 million children were living in food-insecure households and 2.5 million children in America are homeless Meanwhile, 40% are underprepared for primary school.

These children are alive and suffering, but are not receiving the same attention and priority as those in the uteri of potential mothers. Nearly 40% of abortions are done unsafely due to stric anti-abortion laws, meaning potential parents are getting them as a last resort. Abortions are often someone’s only option, and outlawing them based on a perceived moral high ground is doing a great injustice to pregnant people across the nation.

Governor Ducey may frame his abortion laws as sympathetic, compassionate and sensical, when in all actuality they are a legalized way to discourage female autonomy.

Secondly, Governor Ducey signed two bills attacking transgender youth. The governor went so far as to prohibit transgender youth from utilizing sex-change operations and treatments under the age of eighteen. He also barred transgender women from competing in school sports at the high school and college levels. The governor claims the new legislation is “common sense,” justifying the blatant breach in equal rights by deeming the laws protection for transgender youth.

During a press conference on March 31, Arizona’s governor refused to say that transgender people exist and dodged questions regarding trans validity. His blatant, hardly closeted bigotry aside, his new transphobic legislation is not even remotley in the best interest of genderqueer youth in the state.

Ducey refuses to support gender minorities but is expected to make legal decisions regarding their health, safety, rights, and validity. He continues to pretend that he is working in Arizona’s best interest, while upholding archaic and bigoted idealogies.

Legislation such as Gov. Ducey’s perpetuates the idea that gender minorities do not deserve autonomy, equal rights and equal opportunity. He enforces the idea that fetal health trumps that of a pregnant person, making decisions regarding a person’s uterus as a person without a uterus. He maintains the notion that transgender people deserve to be treated differently, with less respect and care than their cisgender peers, while aiming to erase their existence completely.

The uphill battle of obtaining equal rights and opportunity for all has been painful, and exhausting, and does not seem to be ending anytime soon. November’s midterm election is an opportunity for bigots such as Gov. Ducey to be voted out of office, and hopefully instigate true equal rights in the state of Arizona. 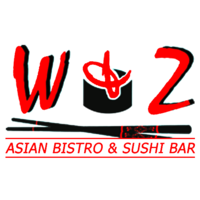