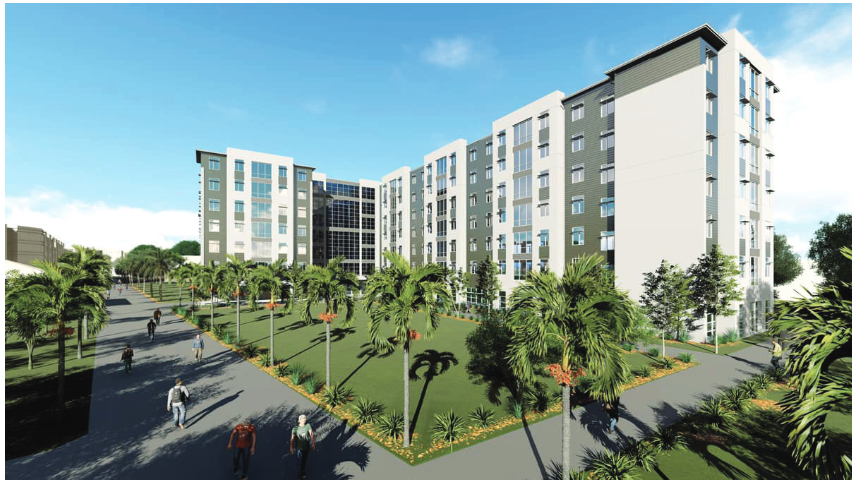 By Prescott Rocks, No Seriously

Students at ERAU Prescott have long awaited the construction of a new dorm building, especially with many more incoming freshman than graduating super-seniors. T3, scheduled to be finished this semester, would provide housing for 1,000 more students of all class years. However, it has apparently been built at Embry-Riddle’s Daytona Beach campus, rather than the planned Prescott campus.

Students did not notice the change until the ribbon cutting ceremony for the new building, when Chancellor Dr. Person cut a red rope in front of an empty field. Only upon looking back did Person herself notice the discrepancy.

Person, after a quick discussion with the University’s executive staff, quickly called Daytona Beach, where President Alfred Wayne was able to shed some light on the situation, saying “Oh right, the new dorm? It seems like all of the building materials were delivered here instead of Prescott.” When asked why he didn’t ship the materials back to their intended destination, Wayne said “well, the first couple I-beams just kind of slid into the shape of a dorm, and after that, we figured we might as well build the entire thing.”

Wayne also said that Daytona considered that the dorm might have been “a gift” from ERAU Prescott, saying “we thought it was about time that you repaid our incredible generosity in letting you have a campus.” When asked if the completed dorm would be returned to Prescott, Wayne said “well, it’s here now, we’ve considered the costs to move it, and we really don’t think we can spend that much money on Prescott.”

Person tried to get a refund for the dorm’s $1,000,000 cost from Daytona, seeing as “Prescott shouldn’t have to pay for a dorm we’re not going to use”, but was denied by Wayne, who said “consider it a deduction from your allowance.”

The new T3 has apparently been upgraded by its Daytona Beach builders with amenities not in the original floorplan, such as functioning air conditioning and heating systems, as well as a food-delivery robot door to allow Daytona’s food-delivery bots to bring food right to students’ rooms, among other high-tech services.

While Daytona Beach students will be able to enjoy all the new amenities immediately, incoming freshman who were planning to live in the dorm at Prescott are wondering about their housing situation. Since their request to transfer with the dorm to Daytona was denied, with no other option, the students will be forced to seek other housing on the Prescott campus, as Person said that the restriction on freshman living off campus will not be lifted.

Person did say that “most of the freshman will have to live three or four to a two-person room, but we’re sure that will be fine.” An incoming freshman said she was “considering transferring to Daytona after a semester” but worried that “they won’t accept my application, since I’ve been tainted by Prescott.”

Plans for T4 have not yet materialized, and Person says that it will likely take the University another decade to scrape together the funds for it, “assuming they aren’t stolen by Daytona again.” 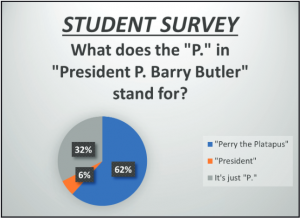 Next post All SGA Positions Empty After Recent No-Confidence Vote