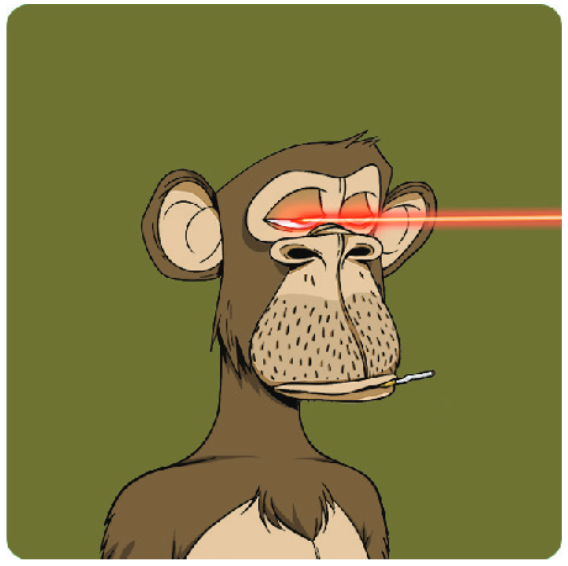 Desperate times have come across some clubs here at Embry-Riddle. Many clubs were unable to receive proper funding from the SGA, and so they had to fi nd alternative methods, rang-ing from bake sales to selling rocket videos on OnlyFans. However, some clubs have turned to funding themselves by creating and selling NFTs.

According to Investopedia, “NFTs (non-fun-gible tokens) are non-replicable assets on a blockchain with unique identifi cation codes and metadata that distinguish them from each other. Unlike cryptocurrencies, they cannot be traded or exchanged at equivalency.” Typical-ly, they are used for digital artwork and other collectibles, with the most infamous being the Bored Ape Yacht Club. NFTs are controversial as allegations of money laundering, stealing other artists’ artwork, and a lack of concern for the environment swirl around them.

Despite these risks, ERAU clubs are creating and selling NFTs online in the hopes of making a profi t. One person, who identifi es as an NFT bro, stated, “NFTs are a great way to support the artists in our community while creating a sustainable and lucrative way to raise funds for student organizations.” Much of the artwork is ERAU-themed, ranging from the logo of the eagle to even portraits of staff and profes-sors. One club was even bold enough to turn a professor’s educational videos into NFTs! It is reported that a lot of money is being transacted through these deals. Several ERAU NFTs went up to the tens of thousands of dollars, which would set some clubs up for several years. Th e highest priced ERAU-themed NFT was a por-trait of the university’s president wearing a gold suit and Gucci sunglasses, which was worth a million when it sold.

Naturally, people saw a loophole and trolled these clubs by right-clicking, copying, and pasting their NFTs. When asked about what their thoughts were on this loophole, another NFT bro responded with, “Th ose people think it’s funny to tak e screenshots of NFT, so they must think property theft is a joke too. Th e block chain does not lie, and no matter how much they save it, it’s my property. I own it. Th ey’re just jealous that they don’t own the art I o w n .”

Overall, ERAU clubs seem to be optimistic about NFTs being their meal ticket, with some saying that “It’ll be the future. By 2024, NFTs will replace 50% of ALL transactions.” With ERAU clubs making so much dough, perhaps Horizons Newspaper should get invested in NFTs before its bubble bursts.