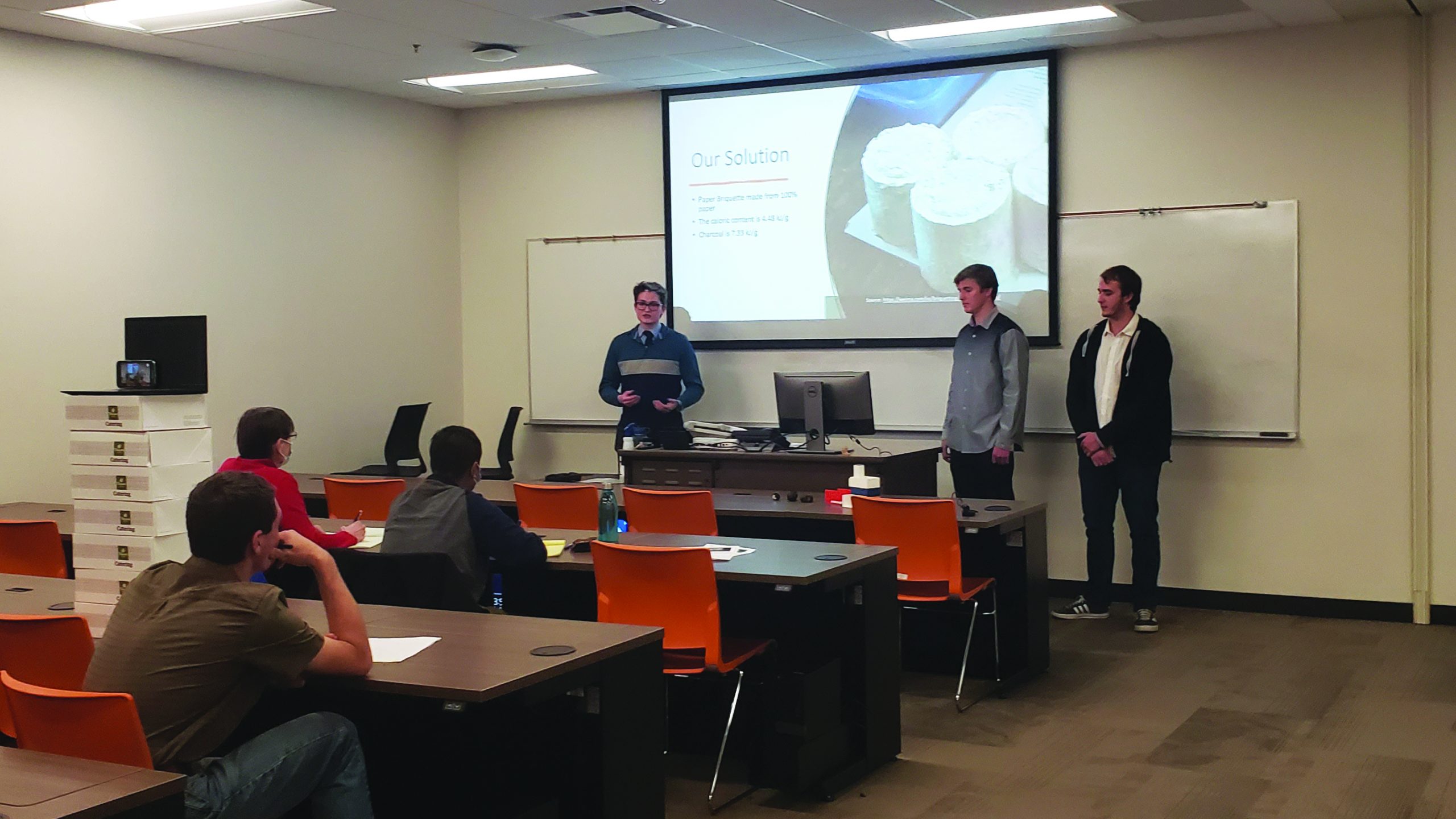 While some students used the three-day President’s Day Weekend to get off-campus, 14 students participated in brainstorming ways to make the planet a friendlier environment by participating in the 2022  Advanced Polytechnic Engineering Experience (APEX) Competition.

The competition took place from Friday, Feb. 18 to Sunday, Feb. 20 in the STEM Building. The APEX Competition challenged participants to create solutions for one of the 11 problem statements. After 48 hours, teams presented their ideas to judges Dr. Brenda Haven and Dr. Md Amzad Hossain via a 10-minute video presentation. The winning team’s video is then sent to Texas A&M, the host university, to represent ERAU at the national level.

The competition began at 5:00 p.m. sharp. Club leaders Jacob Lackey and Michael Finigian started off by introducing themselves and thanking everyone for showing up. They assigned people to teams and handed out the need statements for the eleven problems.

Team 1 chose Need #7, which was the goal of reducing waste caused by end-of-life electronic printed circuit boards (PCBs). When PCBs die, they usually gather dust or endure a costly disposal that requires special handling, which leads to risks of hazardous materials getting into the atmosphere. So, Team 1 had to figure out how to recycle old PCBs and give them a new purpose.

Team 2 chose Need #2, which was about ocean-based carbon dioxide removal. They had to determine what technologies could capture and store seawater carbon dioxide, or could allow oceans to absorb more atmospheric carbon dioxide.

Team #3 chose Need #8, which was dedicated to using small-scale renewable energy sources to replace carbon at home and in the office. With the need to reduce carbon emissions and eventually achieve a net-zero global economy, it is important to capture energy within a house or office and store it for use.

Team #4 chose Need #10, which centered on food loss and waste. It is reported that a third of the food produced for human consumption globally is wasted, for reasons ranging from high cosmetic standards to consumers over-purchasing food. The rest of Friday night was spent brainstorming solutions to their problems, with each team given until 10:00 p.m for this brainstorming session. Take-out pizza was served for dinner.

At 8:00 a.m. on Saturday the 19th, the teams regrouped. The provided breakfast was an option of two breakfast sandwiches.. The teams spent the day finishing their brainstorming from last night and began to work on their solution.

In the meantime, at least one person per group could get started on working on their PowerPoint presentation. Subway sandwiches were served at 11:30 a.m. for lunch. Later in the afternoon, each team got to speak to an advisor named Luke Tronstad, an Embry-Riddle graduate who works at Raytheon. The team would inform Tronstad of their solution and ask any questions they had for him. In response, Tronstad would give advice on what they should work on and compliment them on their progress so far.

After meeting with Tronstad, the teams continued working on their solution. At 5:00 p.m., barbeque dinner was served. After dinner, everyone finished their solutions and made reasonable progress on their presentations.

Then Sunday came around, and it was the final day of the competition. Everyone who came arrived well-dressed and ready for the final touches. Shortly before the judges arrived, Panera Bread sandwiches were served for lunch. Some students decided to abstain from lunch so that they would not get their good clothes stained before presenting.

For Team #1’s solution to recycling old PCBs, they proposed separating the fiberglass from the copper and recycling the fiberglass into filament for 3D printers. To pull carbon dioxide out of the ocean, Team #2 suggested placing mirrors on abandoned oil rigs to heat the water beneath them so that the carbon dioxide is pulled from the water and the water can be desalted into fresh water. Team #3 proposed using paper briquettes to capture and store energy in houses and offices. The paper briquettes are like charcoal as a heat source, but they are cleaner to manufacture and take less wasted space. Finally, Team #4 presented a silicone mold that prevented the bruising of some vegetables and fruit during transportation to the stores. Due to high cosmetic standards, people would not eat bruised or deformed foods, even if they were edible and had no drawbacks, so they would go bad.

After all the presentations and the scoresheets were completed, Lackey and Finigian tallied up the scores to determine a winner. Following the 48 hours of grueling competition, the judges decided that Team 3, the Paper Briquettes, won the 2022 APEX competition and the Lego Lunar Set. Team 1 and 2 tied for second place, while Team 4 received third.

While the APEX competition allowed participants to meet new people, work in a fun, productive environment, and enjoy great free food, it was also an opportunity for competitors to apply their academic abilities to real-world issues and make the planet a better place. 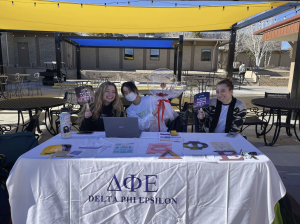