Summary: Former Filipino Senator Ferdinand Marcos Jr. will almost certainly win the presidential election. If elected, Marcos may deploy the navy in the South China Sea to protect fishermen from Chinese harassment, which would likely cause tension between the two nations.

Development: On 15 February, Marcos stated in a televised debate that, if elected president, he would like the Philippines to have a military presence in the South China Sea. Marcos has 60% support in early polls, while the second-place candidate Vice President Leni Robredo has only 16% of the vote, according to Nikkei Asia. The South China Sea, specifically Scarborough Shoal and its surrounding area, remains contested territory between Beijing and Manila. In 2012, both nations had a standoff at the shoal resulting in a deal that agreed both would withdraw their forces. Manila withdrew its forces, while Beijing refused and denied the deal. Later, in 2016, an international tribunal decision invalidated Beijing’s South China Sea claims. Beijing refuses to recognize this decision and continues to both fish in the contested waters and militarize islands. According to his website, Marcos helped co-author a 2009 bill which defines the Philippine’s maritime borders.

Analysis: Marcos will almost certainly win the presidential election and may send the navy to the area of the South China Sea Manila considers its territory, likely causing tension with Beijing. Beijing would likely view a Marcos win as cause for concern. Additionally, if the Philippine navy deploys to the South China Sea, Beijing will likely view this as a provocation thus raising tension over disputed territory. Filipino citizens will likely call for this deployment to stop Chinese harassment of fishermen. If tensions in this region continue to rise, it could affect trade negatively. 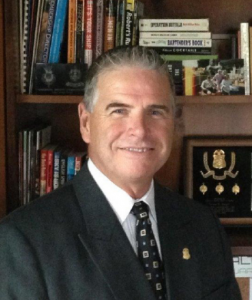 Next post CHINA: Likely to Use Ukraine Conflict to Establish Aerial Dominance Over Taiwan

We will be adding issues from previous years here. All saved issues will be published in one of the following...

By Rachel Supergan Guest Contributor On Friday, April 15th, the Granite Mountain Ninety-Nines hosted their first annual gala at the...

Summary: Although Beijing explained the move as a way to deter future conflict, it will likely use the accelerated buildup of...

Summary: Beijing will likely continue to offer Moscow an economic lifeline to avoid sanctions due to the “No Limits” friendship between...