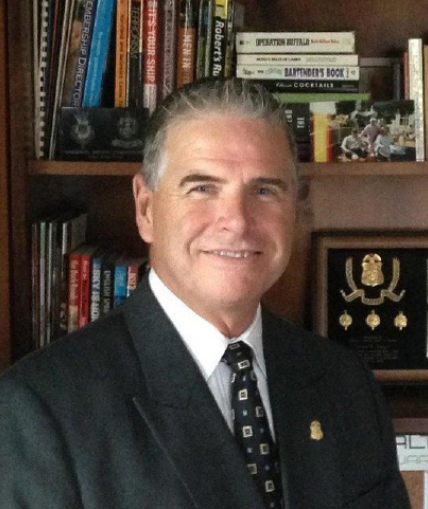 From local cop to federal agent to university professor, Embry-Riddle’s Steven Hooper has a vast understanding of the global security and intelligence field. Hooper says the field revolves around “an ever-changing national security world,” centering around businesses and government properties.

Professor Hooper is not entirely sure how law enforcement and public service piqued his interest, but he’s wanted to be a federal agent since high school. He pursued degrees in criminal justice. He started as a local police officer right out of college and later pursued a career as a federal agent. Originally Hooper was working in Los Angeles for the secret service but he ended up testing for the FBI and worked as a federal agent for three decades.

“The beauty of the FBI, where I worked for several years, was the ability to change jobs,” Hooper said, “I did way more in the FBI than I ever thought I would when I got hired.” As a federal agent, Hooper was able to travel and work dynamic jobs. From organized crime, violent crimes to counter intelligence, Hooper was able to experience the many fields the bureau specializes in.

Hooper moved on from his time as a federal agent to come to Embry-Riddle, where he aims to help shape the next generation of global security agents.He has been a member of the Riddle faculty for eleven years.

At Embry-Riddle, Hooper teaches counter intelligence, government and corporate security management, emergency management and contingency planning, homeland security and technology, and intelligence integration. When it comes to building curriculum for his classes, Hooper enjoys creating relevant coursework that will prepare his students for the working world.

“Building a curriculum is no problem,” the professor said, “I love reading and doing research so I kinda enjoy that.” Hooper is constantly changing and modeling his classes to fit the modern world. The content of each class he teaches is dependent on the state of the world at the time, ensuring relevant coursework every semester.

For those hoping to follow in Professor Hooper’s footsteps, he encourages students to make the best choices they can. “Decision making,” Hooper emphasizes, “that’s what it’s all about.” When it comes to being safe and responsible, “You may have to sacrifice some fun stuff now for that ability to obtain that career later.”

A parting testament to not only students in the global security fields, Hooper says “Managers do things right, leaders do the right thing.” Above all, Professor Steven Hooper continues his legacy in global and national security by inspiring students to continue making the world a better and safer place.

Next post PHILIPPINES: Presidential Election May Cause Tension with Beijing