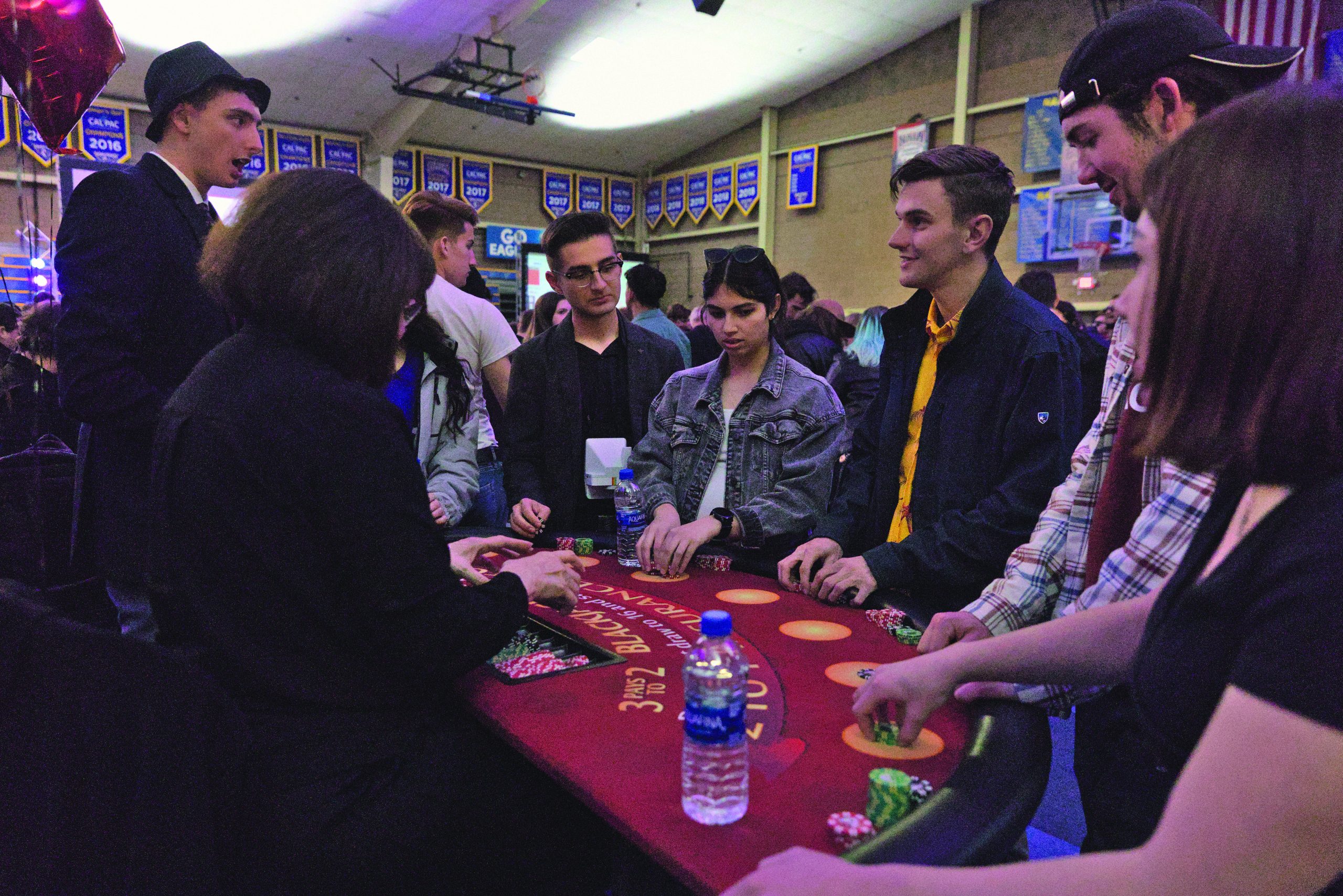 Embry-Riddle students showed up en masse to the Activities Center  Feb. 25, 2022, for the annual Board of Campus Activities (BCA) Casino Night. Many attendees were dressed to impress for the “Fabulous 50s” theme, wearing everything from polka-dot dresses to leather jackets.

Upon entrance to the gym, students were immediately handed $2,000 “BCA bucks” by the front desk to start their night of gambling and fun. To the right of the entrance, bingo was available for people to play. Around the gym, people played various casino games, including Blackjack, Texas Hold’em, Craps, and Roulette.

At these games, people would trade their BCA dollars for poker chips. Chip values were based on their color, with red being $5, green being $25, black being $100, and so on. The dealers were from Vegas Knights Casino Entertainment, a casino equipment rental company based in Los Angeles County.

On the left side of the gym, “Mario Kart 8” was playing, and people were betting on who would get first or get the most points, much like how people gamble on horse or dog races. Attendees had a multitude of strategies when gambling. While some were humble and only played on a $5 chip every time, others were more daring and played on chips or dollars worth hundreds, if not thousands.

Outside of the games, student workers would toss money on the floor for people to grab or go to a game table and offer $1000 to the first person to leave. Additionally, some students began betting against each other on games of rock, paper, scissors. Occasionally, someone would get lucky and find a lost BCA dollar on the floor. BCA also provided refreshments and snacks on the left side of the gym.

Either at the entrance or at a table on the far-right, people could turn in their money or chips for tickets, with $500 per ticket. The more money one had, the more tickets they could buy (although some people kept a couple of chips as a souvenir, much to the dismay of Vegas Knights Casino Entertainment). People used the tickets to enter a raffle for a chance to win a variety of prizes.

Some of the small prizes included LEGO sets, a Coca-Cola fridge, and toolboxes. There was various kitchenware as well, such as crockpots, Farberware pots and pans, an Oster blender, and a Dash waffle machine. Much larger and more expensive prizes included two Roku TVs, a Nintendo Switch, and even a canoe with a life jacket provided. Because there were dozens, if not hundreds, of tickets per raffle bucket, the chance to win a prize was slim. This is especially when the people with more money get more tickets, but nevertheless, the idea of winning at such odds was thrilling to some. By 10:00 p.m., the gambling was wrapped up and the raffling began. People were winning prizes until roughly 11:45 p.m.

Overall, everybody appeared to have had fun at Casino Night. Between working on academics and finding internships and jobs, a night of gambling and fun with friends was needed.

All photos were taken by Tiffany Xu for Horizons: 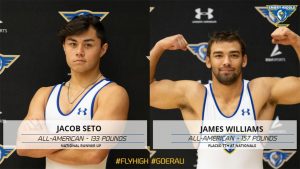 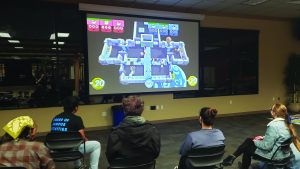 By Caitlyn Ooms, Correspondent On the evening of April 16, the Embry-Riddle Aeronautical University Prescott campus saw a brand-new event...

William Noujaim for Horizons By Julian O’Connor, Copy Editor   Although Embry-Riddle Aeronautical University’s Prescott Campus has many recreational facilities for...

By: D. Podbielski, Night Access Services Coordinator  You are standing in front of a very large two story building wondering...