Embry-Riddle Aeronautical University’s Prescott campus is a large, thriving campus with many buildings for the student population to use and enjoy. However, there is always renovation work that can be done to ensure that older buildings or locations meet the standards of the new ones, and expansion projects are critical to ensure the success of future generations of students.

Student Government Association (SGA) President Hunter Langemo, who sits on Embry-Riddle’s New Building Committee, has provided some information on the current state of the university’s expansion and renovation projects.

Langemo says that “$4 million will be allocated towards supporting the flight line, including expanding the F7 building.” The F7 building is a building that houses the University’s fleet of flight simulators, and in Fall of 2021, it was said that it was being redesigned with the goal of providing space for a “larger simulation fleet,” with a projected completion of Summer 2022.

In support of the F7 Building project, as well as upgrades to the flight line in general, the University has applied for a $600,000 grant from the state of Arizona, which is currently being processed in the state Senate.

According to Langemo, the University has also secured a $600,000 grant from the State of Arizona to support water and sewer at the new campus facilities being planned, such as the wind tunnel and student union.

The new wind tunnel will, according to Langemo, “likely be built within the next year and a half. It will utilize all of the current wind tunnels by moving them, except for the largest one, [for] which will have a new wind tunnel [built].” The wind tunnel is moving locations to provide space for a new student union. Langemo mentioned that “The UAS building will move with [the wind tunnel] down to the RC Fields by Test Cell 3.” Test Cell 3 is the Rocket Development Lab’s static rocket test-firing stand, located on a remote part of campus, past the athletic fields and the gym.

Langemo also says that although there are no official plans now, a new residence hall is “something the Chancellor and I plan to bring up at this year’s BoT (Board of Trustees) meeting in the spring.” He mentions that residence halls are different from other new constructions because they “generate direct revenue” and their timeline can therefore “can happen independently of other buildings.”

So, it seems that all students at ERAU Prescott have something to look forward to in the future, from flight students getting upgrades to the Flight Line, to engineering students who will soon have a new location for their wind tunnels, to every student who can benefit from a new and improved student union. 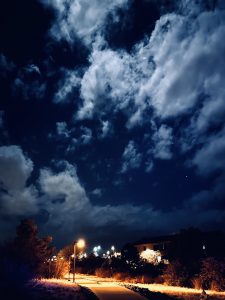