Part of Altair, now living in the RDL. Credit: Julian O’Connor/RDL for Horizons.

The Rocket Development Lab (RDL), one of the largest student run groups on campus, has many sub-groups, each of which work on their own project to support the club’s goals of teaching students more about the different aspects of rocketry. The subgroups aim to develop technology for their combined space-shot attempt, the Mountain Spirit Program.

One particular project that tied heavily into the Mountain Spirit Program preparations was the Altair project. Altair was, according to Kyle Dutcher, a capstone project started by the Zenith Propulsion capstone team in Fall 2019 – Spring 2020. It was a liquid-fueled rocket that “is designed to fly to an altitude of around 30,000 feet” by using “the 1000 lb thrust Janus 1 engine,” for thrust and “Jet-A kerosene and liquid oxygen as propellant.” Altair was also about 20 feet tall.

Unfortunately for the original team, the pandemic starting in Spring 2020 prevented them from finishing their work on Altair. That same semester, the RDL took over the project, with a group of their students continuing to work on the vehicle.

The project continued from Spring 2020 until last semester (Fall 2021) without incident. However, last semester, when the Altair team was in “the final stages of testing,” an incident occurred. On the day of the incident, the team was attempting a liquid nitrogen flow test, called a cold flow, to “validate the functionality of the liquid oxygen side of the propellant feed system prior to conducting a hot fire test.” In a cold flow, the fuel is replaced by liquid nitrogen, and then the rocket is ‘fired’ to verify that all of the fuel and oxidizer systems work correctly. Replacing the fuel with liquid nitrogen ensures that there will be no chance of accidental combustion.

When the team was in the “final steps of preparing for the test,” a truck carrying a delivery of liquid oxygen arrived at the Test Cell where the test was taking place. Altair, around 20 feet tall, was already vertical at this point, and being held up by guy wires, which are simply tensioned cables that help support a structure. According to Dutcher, when the truck arrived, “the delivery driver didn’t see the 20 ft tall rocket, the guy wires keeping it up, or the caution tape on the guy wires, and continued to drive off the road in the direction of Test Cell 3 to make the delivery.” Dutcher adds that “nobody was outside by the rocket at the time.”

With no one outside, and the driver unaware of the situation, the driver continued until “the top of the truck caught one of the guy wires, pulling the rocket from the top. This caused a 90 degree bend above the liquid oxygen tank and several other small bends in the structure and feed system.” This was obviously not good for the integrity of Altair, and the rocket later had to be disassembled into “a couple” of pieces to assess the damage.

Nobody was hurt in the incident, as no one was by the rocket when it tipped over. After the incident happened and “we had all calmed down a bit and collected our thoughts” the test team “notified campus security and a few professors about what happened.”

The RDL is now “debating the future of the project,” which Dutcher says is “living in the RDL, chopped into a couple pieces.” On the positive side for Altair, “Only a few components were significantly damaged, so the estimated hardware repair cost is only a couple hundred dollars. The main costs associated with getting the vehicle to fly are the monetary cost of the last few tests that need to be conducted and the time cost associated with the remaining work.” However, the RDL is “currently developing Deneb, the successor to Altair, so that has become the priority for many people that were working on Altair last semester.”

In the end, Dutcher says that “There is still a lot that we can learn from attempting to fly it, so we are leaving our options open for now. We will be making a decision soon about the future of the vehicle.” RDL President Raj Sadafule mentions that the RDL has learned a lot from the unfortunate incident. 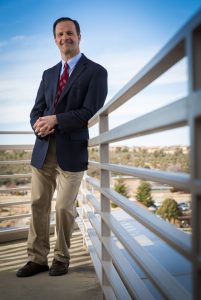 Next post What to Expect After We Graduate: Let’s Get to Know Dr. Madler