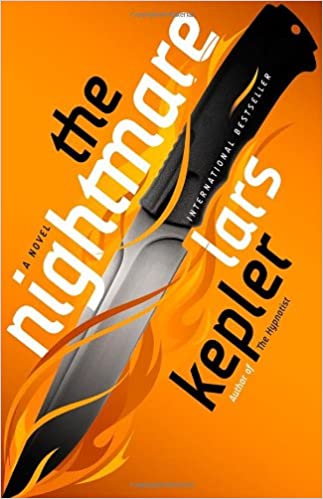 Niccolò Paganini is arguably one of the best virtuoso violinists to ever be born. His music is reputed to be the hardest violin music to play, with nearly impossible combinations of notes and finger placements. However, the incredible Italian violinist also has a whirlwind of myths surrounding his unnatural abilities. Some believed that he killed a woman in a drunk rage. He supposedly then used her intestines to string his violin and trapped her soul within the instrument; those that listened to him play claimed that they could hear her screams coming from inside his violin. But the most famous myth is that Paganini’s talent came from the Devil himself. Legend had it that Paganini traded his soul to the Devil in exchange for his incredible playing abilities.

“The Nightmare” by Lars Kepler builds on the concept of the Devil’s instrument and the fear that Paganini instilled in his listeners. This is the second book in the Joona Lina series written by husband-and-wife team Alexander Ahndoril and Alexandra Coelho Ahndoril. (In case the reader wants to start at the beginning of the series, the first book is called “The Hypnotist.”) Their pen name Lars Kepler is a combination of Swedish crime fiction author Stieg Larson’s name, who inspired the couple to start writing, and German scientist Johannes Kepler’s name, who calculated the planets’ orbits and paved the way for Newton’s theory of gravity.

Apart, both Alexander and Alexandra Ahndoril are successful authors with several acclaimed books. As a couple, they wrote the Joona Linna series, which follows various characters within the law enforcement community, and a standalone novel called “Playground.” In 2020, the Swedish publishing house Albert Bonniers Förlag named the duo Lars Kepler the best-selling author of the decade in Sweden across all genres and categories.

“The Nightmare” starts out with one of the main characters, Penelope Fernandez, having a heated argument about arms export in Sweden with Pontus Salman, the managing director of Silencia Defense, a major arms manufacturer, on national television. The book then seamlessly transitions to Penelope, Viola (her sister), and Björn’s (her boyfriend) trip to the beach. The book heats up from there, following the apparent suicide of Carl Palmcrona, a government official responsible for approving all exports of Swedish ammunitions, and the supposed drowning of Viola Fernandez. Joona Lina, detective superintendent of the National Crime Unit, is brought in to help with the Palmcrona investigation. With the help of Saga Bauer, a female investigator for the Swedish Security Service, he discovers a connection between the two murders, leading them both down a rabbit hole of intrigue involving top officials within the Swedish government and the underground world of arms dealers and murders.

Multiple storylines are entwined within “The Nightmare.” While Lina and Bauer are investigating the mysterious deaths, the reader also follows the terrifying journey of Penelope, who cannot hide from her pursers wherever she goes. Another interesting angle is brought in with the introduction of Axel Riessen, Palmcrona’s replacement as the director general. Readers can slowly piece together Riessen’s dark past and secrets to ultimately understand why he was chosen as Palmcrona’s replacement. When all the intertwined stories come together, it paints a horrifying story of greed, manipulation, and people’s darkest secrets coming to life, all to serve a greater, darker purpose: the legend of Paganini and his mysterious violin, the Devil’s instrument.

Lars Kepler does an amazing job of bringing the storylines together and keeping the mystery going to the very last page. The stories move across time and various places, bringing together the characters and their differing personalities in a way that I have never seen done before. The tension builds throughout the story, but the mystery never becomes too fantastical to believe, like some mysteries do in other books. The premise is also unique, making it stand out from other mystery novels I have read in the past. The characters are also distinctive, with each person’s background playing an integral part in the overall plot line.

Overall, I would highly recommend “The Nightmare.” Even after reading it several times, I am still amazed by the plots and the characters. All the tiny details, from the forensics surrounding the deaths to the nuances in the characters’ personalities, add a vibrance to the plot and help bring the story to life. This book is a definite 5/5 for me and a must-read for all mystery lovers who want a good page turner. This book is sure to give you chills and enter your nightmares. 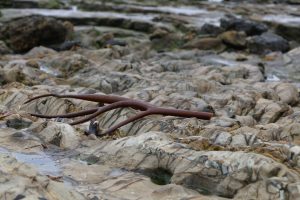