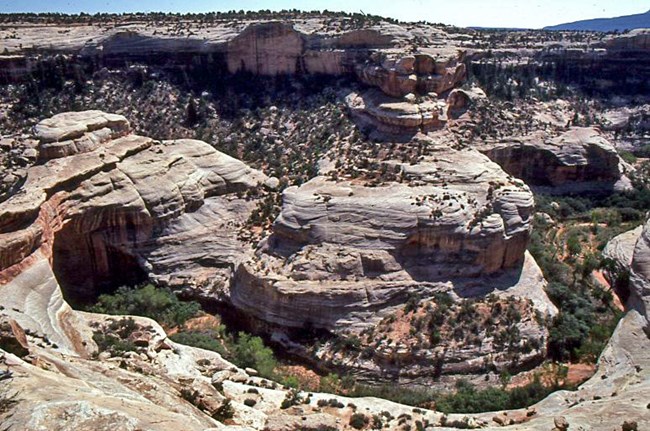 Provided by the National Park Service

It’s safe to say that we’ve been through the ringer these last few years. All of the online transitions, COVID restrictions, and hopes of a ‘normal’ school year have put a lot on our plates. Personally, I’m stuffed, and I’m working hard to clear the table.

These thoughts occupied my mind as I prepared for the Spring 2022 semester. They chased me while I was packing up from the holidays, and rode shotgun on my drive down to Prescott. Passing through southern Utah, those thoughts developed into a few observations: at ERAU, I only have room for good decisions. In classes and clubs and internships, I’m expected to use my head 100% of the time. I need to balance it out by making some bad choices before the semester starts, or else I’m gonna explode.

To alleviate this pressure, my series of bad decisions started with a right turn off of my prescribed route and onto Utah State Route 95, leading me into Natural Bridges National Monument. I decided to camp with the little gear I had in my car – the exact tent, sleeping bag, and pillow that I hadn’t used since I was a little Boy Scout, going to my little Boy Scout camps. No merit badge prepared me for the daytime high of 26 °F in Natural Bridges, but I didn’t care. I followed signs for the campsite, threw my stuff in an empty spot, and started exploring.

By 4 p.m., I was parked on the canyon rim overlooking the Sipapu Bridge, and thought about hiking down to the valley floor. Some kind folks warned me that the trails were icy, and that it’d be a good idea to go back to my car. This was a mistake on their part, as I seized the chance to make another bad decision and descended down the canyon. Once I reached Sipapu, I was greeted by a small stream and a terrifying silence. A wooden sign labeled “Kachina Bridge” pointed downstream through the canyon. I thought, “The sun’s starting to set, I should head back to my campsite.”

I listened to the sign and followed the trail towards Kachina. Calling it a trail is a bit of a stretch; it’s better described as a collection of footprints. Every so often, the ‘trail’ disappeared completely, and I had to guess my next steps.

I arrived at Kachina Bridge three miles later, and I was stunned. I wasn’t stunned by the bridge, but by the fact that the sun had been replaced by a nice orange-pink glow. You know, the type of glow that says “The sun has set. The light has gone. I hope you have a flashlight!” Thank you for your concern, glow. I did have a flashlight! The thing is, I hadn’t used it since Scouts, so I had no idea how much charge it held. I also had no spare batteries.

If I know anything about bad decisions, it’s that they lead to bad situations. In this situation, I was alone, unprepared, with no cell service, no reliable light source, and was faced with spending a night in a freezing canyon. Not to sound dramatic, but this would not have ended well. With this in mind, I made my first good decision of the day: start running.

It’s incredible what a little bit of fear can do to your legs. I ran some cross country in high school, and I can confidently say that the Kachina-Sipapu 5K was the best performance of my career.

Unfortunately, my PR effort was hindered by the racecourse. Remember how the trail wasn’t really a trail, but rather a collection of bootprints in the dirt? It’s not the most helpful when you’re running in the dark, and side canyons are trying to lure you into their traps. Knowing that the Sipapu Bridge lay near a stream, I stopped several times to listen for directions. Luckily for me, my tinnitus isn’t nearly as bad as my dad’s, so I could still hear the flow of water over the high-pitched ringing.

I reached Sipapu at the same time as the moon. Its light, supported by my dying headlamp, was just enough to carry me out of the canyon and into my car. Relieved, I high tailed it to my campsite, and proceeded to freeze in my Scout sleeping bag. When I broke camp and started driving to Prescott, my car’s thermometer read 15 °F.

Now that the semester has started, I’m working hard to leave my bad choices at the Kachina Bridge. No promises, but I think I’ll make some good decisions for a little while. 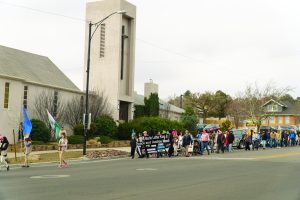