On  par with “Central Intelligence and Skyscraper” new release “Red Notice,” currently streaming on Netflix, is another entertaining comedy-action film by Dwayne Johnson, better known as The Rock. In addition to The Rock, the celebrity roster includes Ryan Reynolds and Gal Gadot. In a brief summary, The Rock plays an Interpol agent attempting to catch a notorious, international art thief. The plot follows as a mad scramble for three rare collectable eggs, as the art thief hunts for the eggs and Interpol hunts the art thief. This game of cat and mouse continues across all corners of the globe.

The movie earned a 3.5 out of 5 stars  because some of the aspects of the movie were heavily lacking. Despite The Rock’s usual charm and allure, his supposed love connection with Gal Gadot translated as about zero chemistry on screen. Secondly, while the comedy was on point, the action and violence were overdramatized and unrealistic. Of the hundreds of bullets shot, none ever seemed to hit their marks, even when the thief was being fired at from all angles with no barriers in sight. Gal Gadot seemingly carried over her stealth, fighting abilities, and distinct skills from Wonder Woman into “Red Notice.” Considering this is Netflix’s most expensive film, I was slightly surprised at the quality and reality of the plot.

On a positive note, I will say the movie was very entertaining. The plentiful amount of beautiful, remote locations and exquisite art assets were a nice touch. I also give kudos to the wardrobe team because the fashion on these actors was impeccable and added to the presence these individuals already carry with their reputation. Without spoiling the ending, the film did have a surprising plot twist that could’ve fooled any movie-viewer.

My initial opinion is that “Red Notice” is the perfect movie if you want a good, lighthearted laugh; anything other than that may not live up to expectations. However, the closing scene of the film suggests a possible sequel, so there is hope for another comedy-action movie. 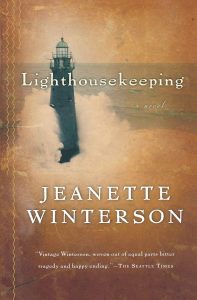