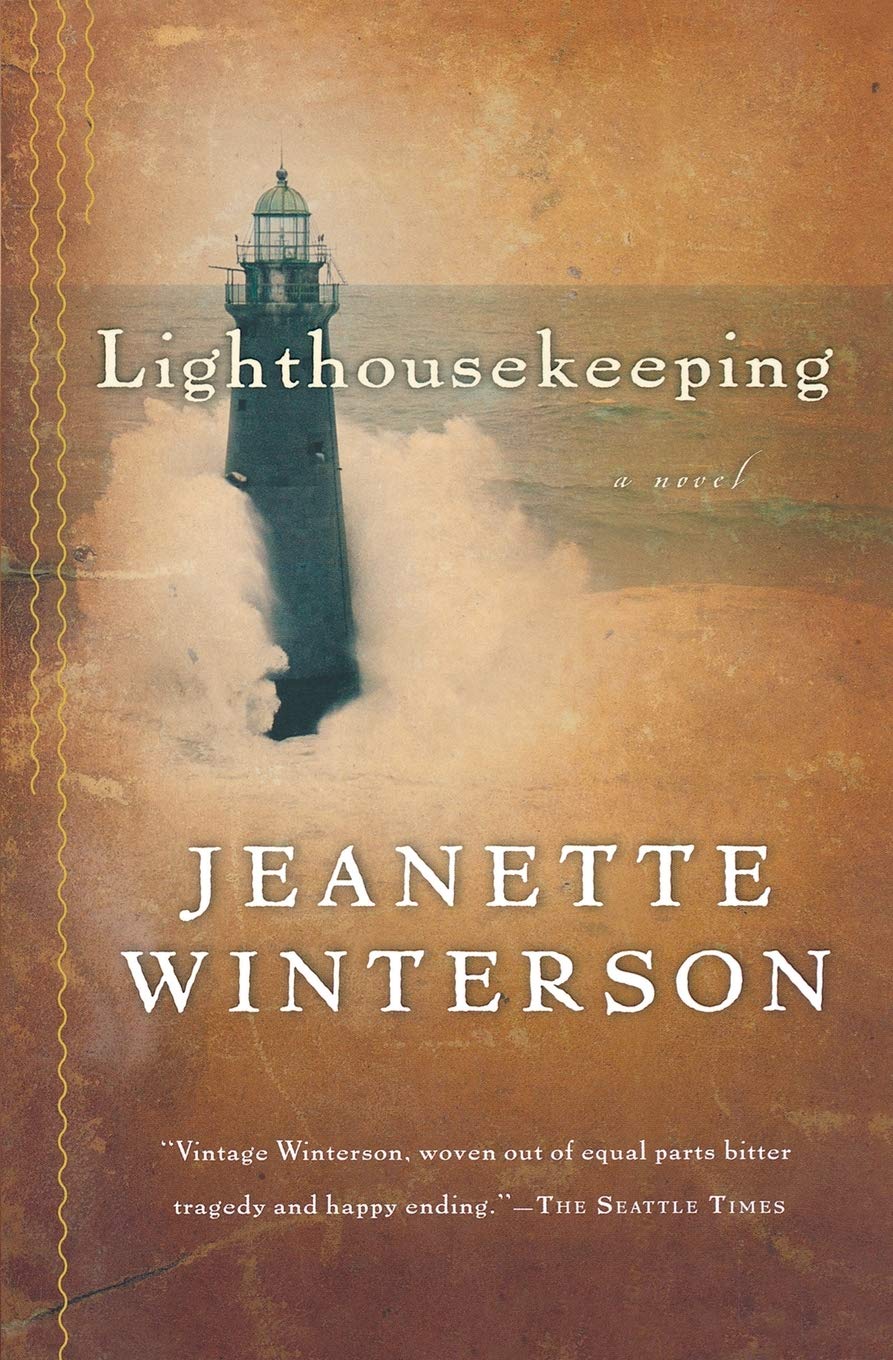 “Lighthousekeeping” by Jeanette Winterson is the first of a seven novel cycle, following the life of the main character Silver. Silver becomes the apprentice to a lighthouse keeper, learning to care for the lighthouse as well as herself.

The novel, but not the story, begins with young Silver’s mother dying and leaving her alone in the world. She finds refuge in Mr. Pew, the old and crooked lighthouse keeper who lives on the far edge of the coastal town of Salts. Mr. Pew takes Silver in as his own, telling her stories and teaching her about his profession.

The stories are Silver’s driving force. Mr. Pew instructed her to learn all the stories, and ultimately learn to tell them herself. Silver has no stories to tell, let alone a voice to tell them with. She lacks individuality and purpose, she finds herself geographically stationary but with feelings of overwhelming displacement. She becomes encapsulated by the tasks of tending the lighthouse, without a care for experiencing the world beyond it.

Silver lives vicariously through the tales Mr. Pew tells her, particularly the one of a historical Salts resident named Josiah Dark. She finds parallels between Dark’s life and legacy and her own existence, learning from the past as she travels into the future. Eventually, Mr. Pew mysteriously disappears and Silver finds herself once again, without a guide or a friend. She embarks on a journey to live her own stories, so she one day has the chance to tell them.

The book is unlike most orthodox reads. The way in which it is written is abstract and experimental, landing in the philosophical genre. “Lighthousekeeping” doesn’t follow a strict plot, but instead tells a story that never begins or ends. There is little description of Silver or the people she encounters in her journey, leaving much up to interpretation. The reader gets to know Winterson’s characters not through a conventional storyline or dialogue, but instead through the inexplicable essences of who they are.

“Lighthousekeeping” reaches deep into the depths of these fictional characters and lays their souls out on the page, giving you a deeper understanding of who these people are and what they stand for.

“Lighthousekeeping” may not be everyone’s cup of tea, but I easily give it 5/5 stars. It is highly abstract and unconventional, requiring a focused yet open mind in order to glean the message of the novel from the page. Ultimately, I found Winterson’s book to be a beautiful and introspective read. It was the journey of one person learning who they are, what matters, and how to tend to a lighthouse.