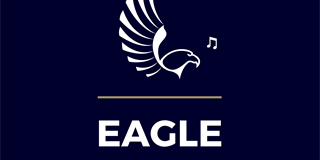 It’s scientifically proven that music helps to develop other parts of the brain. Many highly intelligent people who were very successful in their fields were also passionate musicians. Albert Einstein, for example, was an exceptionally good violinist. Thomas Edison played the piano. Neil Armstrong, the first person to ever walk on the moon, played the baritone horn.

On Oct. 30, 2021, some ERAU students showed at Eagle Music Club’s Open Arts Night to show that they have not only academic knowledge but also musical talents. The Lower Hanger, where the event took place, was filled with music that was pleasing to the ear and soothing to the soul, all performed by members of the jazz bands, the string orchestra, and choir.

The theme of the event was Halloween, so many of the music club members were in costumes. The friends that came to support them also took the chance to dress up in their Halloween costumes. While listening to the music, audience members were encouraged to create artwork using the markers and paper provided and display it on the side table. A variety of snacks and refreshments were also provided for audience members and performers to enjoy.

The night started off with music from the jazz combo. It was quite interesting to hear the combination of the many horn players and the rhythm section. The players played very enthusiastically, with Horizons’ very own Chief Copy Editor Ian Conte energetically strumming out a guitar section in one of the pieces.

The string orchestra performed a lovely number from a video game. It was very magical to listen to so many violins being played at the same time. The music of the string instruments was complemented by the piano in the background.

The choir performed two Disney-themed songs, accompanied by the piano. The Altitunes performed “Trashin’ the Camp” from Tarzan. The Acapropellors, an a cappella group made up of some members of the Altitunes, sang “Alice in Wonderland” from Alice in Wonderland. Michael Szoke, a member of the choir, described the first song as an “upbeat jazzy scat song” and the second song as “mystical, calming, and beautiful”.

After a brief intermission, a selection of solos and group performances were showcased. Michael Klooster, the leader of the choir, performed his solo first. “I have performed for most of my life, so performing for me is mostly exciting! It was amazing to be able to sing on campus again,” he commented.

Klooster was followed by a very popular band called Forklift Certified, consisting of a guitarist, bassist, drummer, and a pianist. They performed several songs and were met with a wide round of applause from the audience. Chris Worrell, a student from the audience, stated, “Forklift Certified, what a name, what a combo, legitimately good music.” Klooster agreed: “…Forklift Certified…killed it! It is especially cool that they made their band independent of music club because they just love making music!”

After all scheduled performances, the music club opened the “stage” up to the audience. The first courageous souls were several members of the music club and some audience members, who started an energetic dance number to Pitbull’s “Time of Our Lives”. It was refreshing to see the students let loose and have fun. Forklift Certified also made another appearance, much to the enjoyment of the crowd.

Worrell also decided to take a chance and perform on the guitar, even though he warned the crowd that he had never performed in front of others. Taking requests from the performers and the crowd, he good naturedly played sections of various songs. Although he made mistakes, he still had fun and accepted the applause of the crowd. Worrell later commented, “[I was] nervous, a little at first, can’t control that, but I decided to keep going. Got a positive response, so I decided to continue playing, and people loved it, which is motivating. I continued to just vibe with the audience for about 10 minutes, even though I didn’t play perfectly, because sometimes the quality of live music isn’t the accuracy or having perfect rhythm and pitch; it’s the heart and the atmosphere that surrounds it.” The audience agreed with him.

Overall, everybody seemed to really enjoy the event. Worrell requested that the jazz band play “a little reggae or other bossa-nova” music at the next open arts night. “We would love for as many people to come as possible! It’s just a great way to detach from schoolwork and enjoy fantastic music with fantastic people!” said Szoke ecstatically. Klooster hopes “to be able to perform music with every group participating at once!”

Klooster encourages anyone with a passion for music to join the club. As Worrell so eloquently put it, “If you want to play, go play. Performing arts are about having fun and enjoying the music. Who cares if there is a wrong note if the rest sounds good and you know you’re trying. Playing solo is hard, but don’t let that stop you from trying anyways.”

Surely, there will be bigger attendance at the next open arts night supporting the talented ERAU students!