1) When did the Prescott airport open?

2) Who held pilot license (certificate) number 1 in the U.S.?

3) When was English designated as a universal language for aviation?

4) When was the first parachute jump?

5) Where was the first regularly scheduled airline service?

6) When was the first transatlantic flight to navigate entirely by GPS?

7) Where was the first air traffic control center?

8) When was the first shipboard aircraft landing?

9) What was the first regular supersonic airline service?

1) Prescott municipal field was originally dedicated July 4, 1926. It was rededicated and named the Ernest A. Love Airport in August 1929.

2) William P. MacCracken, Jr., Assistant Secretary of Commerce for Aeronautics, in 1927. (MacCracken had offered to issue Pilot’s License No. 1 to Orville Wright, but Wright declined the honor as he no longer flew and did not think he needed a federal license to show that he had been the first to fly.)

3) On June 17, 1952, ICAO adopted the recommendation that English be used as a universal language for communication at airports and on routes used by international air services.

7) Newark, New Jersey. Opened in December 1935, the first ATC center was operated by a consortium of airline companies. Similar centers at Chicago and Cleveland opened during the following months. All three centers were transferred to federal control under the Bureau of Air Commerce in July 1936.

8) January 18, 1911, when Eugene Ely landed on the cruiser USS Pennsylvania. Ely had previously piloted the first shipboard take off on November 14, 1910.

9) The Soviet designed Tupolev-144 began cargo service between Moscow and Alma Ata on December 26, 1975. The first supersonic passenger service was launched on January 21, 1976, by British Airways and Air France, both operating the Concorde supersonic transport. 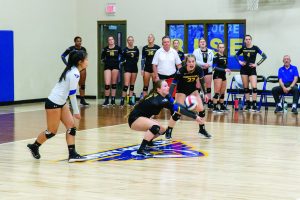 Next post Women’s Volleyball: ERAU vs. Saint Katherine: 3:0 Congratulations to Our Eagles!

Contact our Editor-In-Chief Taylor Brown at [browt109@my.erau.edu] to be hired! All positions are paid ($13.85 per hour) Hours vary per...