On Oct. 29, 2021, between 8-10 p.m., the Board of Campus Activities hosted the Spooky Fest at the Student Union. Dancing, a costume contest, and smores at the amphitheater made for a festive night that was enjoyed by many!

People danced to the beat put on by the DJ with some glowsticks to light up the night. When “Cupid Shuffle” played, nearly everyone participated in the dance. It was quite the sight! When people needed a break from all the dancing, they found food and drinks tables and enjoyed the candy treats that were available.

The costume contest had lots of contestants. Many of the costumes were a diverse range of interesting characters. They included but were not limited to a United States Army soldier, Alfredo Linguini from “Ratatouille” with their tame pet rat as Remy, Jessica Rabbit, Obi-Wan Kenobi (Episode I version), Pope Francis, Beast Boy and Raven, Dale Gribble, Omni Man and Shaggy Rogers, Mary Poppins and Bert, and most hilariously, Embry-Riddle Aeronautical University.

The contestants introduced themselves and did a little skit if they wished and the louder the crowd cheered, the higher the chances of winning were. Omni-Man and Shaggy valiantly fighting each other, Dale declared his government conspiracies, and Jessica Rabbit flaunted her sex appeal, with each getting some good cheers. When Embry-Riddle Aeronautical University said he was here for everyone’s tuition money and Linguini showed off the real Remy, the crowd truly roared in laughter and cheered in approval, respectively. Between the two, Chef Linguini won the costume competition and showed Remy off to interested people. For a common house rat, Remy was very adorable!

Out in the amphitheater, people were cooking marshmallows and making smores. Many people enjoyed the warmth of a fire on a cold night. The two fireplaces contained a skull in the middle of each one. The identities of the skulls were unknown, although some have speculated that, somehow, BCA acquired Ghostface’s skull and cloned it for the second fire pit. 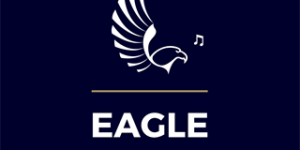