While the Yavapai County area is full of things to do, there are some sports and activities that require a trip down to Phoenix, or to other large cities. One of these things is airsoft. However, Prescott Valley’s local Ichor Airsoft store is soon opening a full-size field in Chino Valley, set to be the largest airsoft field in the state.

Airsoft is a sport not unlike paintball, except it’s more akin to using BB guns, which are powered by air and shoot very small pellets. Airsoft guns are often designed to look identical to real guns, except for an orange tip on the barrel, meaning it is safest to restrict play to the wilderness or at official fields, to avoid alarming other people and attracting unwanted attention. However, with a bit of protection for your eyes and face, it’s a relatively harmless and inexpensive way to enjoy shooting and handling firearms.

Ichor Airsoft is a locally-owned airsoft shop in Prescott Valley, run by mother-and-son team Crystal “Huntress” and Wyatt “Crusader” Patton. Patton described the process of owning the store, saying “In Sept. of 2020 [the previous owner] retired and Wyatt & I took over … [we] formed an LLC and changed the name of the business to Ichor Airsoft.” Their store sells everything from airsoft guns and ammo to tactically-designed gear and vests. Everything you would need to start playing is sold there, as well as many extra parts to modify or enhance your gear.

The two owners noticed a significant detriment to the airsoft community up north. To play on official fields, which provide a safe place to play and allow for guidance from referees and planned-out scenarios, they had to travel all the way to Phoenix. “We have known there will be a demand for a field in the Northern part of Arizona for several years. We have customers who drive to our store in Prescott Valley from Flagstaff because they don’t have a retail location in their city … By opening our field in Chino Valley we will give them a much closer option,” said Patton. With this in mind, they started planning to create a field in the Yavapai County area as far back as 2018.

Three years later, they’d secured their very own parcel of land, a whopping 40 acres in total. However, this land was out in the middle of nowhere, and complete wilderness – meaning the mother and son team were starting from the ground up. Everything on the field would have to be built by them, and they faced restrictions at every corner of how they could build their field.

However, their work has paid off, as Argonauts Arena is set for their grand opening on Oct. 30th and 31st. The grand majority of the area is set for their long range field, which will span a huge 30 acres, but they will also have a smaller field designed for “speedsoft”, which entails shorter, faster-paced games in a smaller space. For both of those fields, “every six weeks we will change the layout, giving our players new challenges.” said Patton. Finally, they also have a small nerf field, which eliminates the somewhat high entry cost for airsoft guns, and allows just about anyone to come play.

Even though the mentioned starting cost for airsoft is high, that’s no barrier to come play. Patton commented, “We will offer a rental package at the field so newcomers can try the sport before investing into it.” That package will include everything one would need for a full day of play and only costs $30.

More details about the field, requirements and recommendations can be found online on Ichor Airsoft’s website [https://www.ichorairsoft.com]. Their grand opening is set to be a huge event, including a swap meet and raffle. National airsoft organization Veterans for Airsoft is also set to attend the opening weekend. Finally, owner Crystal Patton mentioned that there will be “an extensive vetting process so we can allow all ages and types of players to participate”, the details of which will soon be released on their website and social media. And above all, they can’t wait to see people on the field! 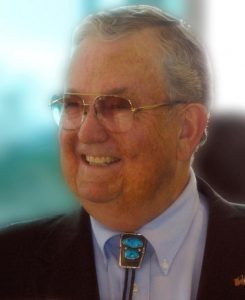