Here at the Prescott campus of Embry-Riddle Aeronautical University, there are many extracurricular activities. Some are more academic in nature, while others are more for fun. If students are interested in getting some exercise and having some fun, then they should try out Nerf Club! To learn about Nerf Club, this reporter interviewed Spencer Bentley, a four year-veteran of the club.

Between 6 to 8 p.m. on Saturday nights at the Lower Field, the Nerf Club plays various games with Nerf blasters. Blasters are provided by the club, but some members will bring their own blasters to have fun with (provided they are proven to be safely used). The games “Team Deathmatch,” where two teams go against each other to the end, and “Free-For-All,” where it is everyone for themself, are played regularly. When the club had access to the Lower Hangar before the COVID-19 pandemic, they would also play “Trouble in Terrorist Town” and “Barrier”, where teams used the tables in the Lower Hangar on opposite sides of the room as protection against enemy darts. After a Nerf meeting is wrapped up, anyone interested carpools to the nearby Sonic restaurant. There they talk about anything from Nerf topics, to academics, to life in general.

According to Bentley, “the number of members in the club tends to fluctuate. We usually start with 15 to 25 at the first meeting and then have 10 to 15 by the end of the semester.” At one point, Bentley said there were 30 to 40 members once and “we got 40 signatures at Club Rush (an event where clubs introduce themselves at the beginning of the year), so I’m feeling pretty good with turnout this year.” Members have communicated through email, Eagle Life, GroupMe in the past, but most communication now goes through the club’s Discord server. There members can check announcements, share memes, discuss the efficiency and legality of blasters, accessories, and mods, and hold FAQs.

Biannually, Nerf Club holds a campus-wide event called “Humans vs Zombies” that is available for both club members and non-club members. Due to the COVID-19 pandemic, this event was cancelled for the 2020-2021 year. With things seeming to calm down, there is a possibility that the biannual event will come back this year. Since COVID-19 is still an issue, however, “Humans vs Zombies” may not likely be the game for this year. According to Bentley, the other options considered “resemble ‘Free-For-All’” and “resemble ‘Team Deathmatch’”  but for now, he cannot reveal any details.

Bentley said that he is, “grateful for the Nerf Club to still be here and we hope to keep going for the foreseeable future.” If anyone reading this article is interested in joining Nerf Club, feel free to join our Discord at https://discord.gg/VctHBqbS. 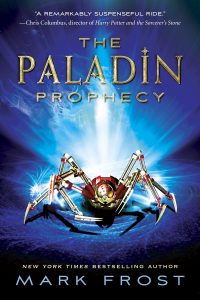