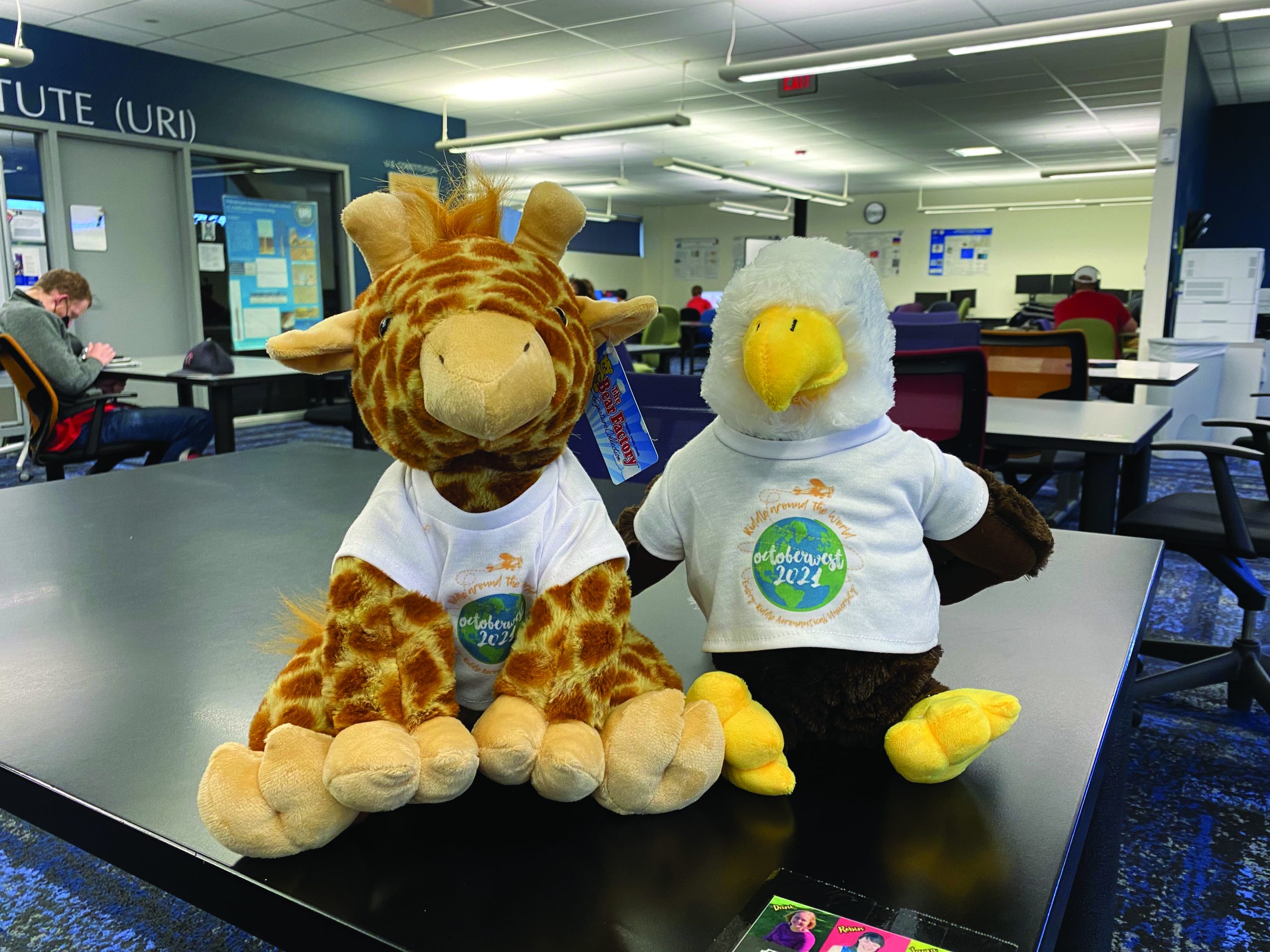 Lions, Alpacas, and Bears, Oh My!

On a seemingly average Tuesday afternoon, over 150 students stood in a snaking line from the Lower Hangar entrance, which skirted along the Student Union, looped around the courtyard, and concluded at the Spirit Rock. Those in line were eagerly awaiting, under the threat of cloudy skies and oncoming rain, their plushie friends at the kick-off event of 2021’s OctoberWest.

The first two students in line, Fjor Robles and Xak Thomas-Guerzon, “knew [they] really wanted the lion” plushie, and pressured by a limited supply, they “just knew [they] had to stand in line.” The plushie count was restricted to only 300. Whether driven by the temptation of free stuff, the exclusivity of a finite resource, or the cuteness of the plushies, other students felt the same draw as Robles and Thomas-Guerzon, leading to an explosive turnout.

Upon entrance to the Lower Hangar, students were greeted by BCA and Octoberwest committee members operating as a well-oiled machine: passing out deflated animals, stuffing packs, and plushie-sized, OctoberWest-adorned t-shirts. The t-shirts were an exact, though miniaturized, replica of the versions students received at the Tie Dye Party and the Friday Fair.

This year, students had the unique delight of selecting one of six plushies to take home, including an alpaca, bear, eagle, giraffe, lion, and raccoon. Alli McIntyre, BCA Director, explained their aim for the event was to “focus on bringing people back together after 18 months in quarantine” while “celebrating the things that make [students] special.”

OctoberWest Director Prince Gersom Anselmo expressed the organizers of the event “wanted to highlight diversity… so [they] wanted a diverse selection of plushies,” tying the plushie event to Octoberwest’s overarching theme of “Riddle Around the World.”

The alpaca and raccoon plushies “sold out” first, with the rest of the animal supply depleting in just under 15 minutes. Chatter filled the Lower Hangar with variations on the expression “So cute!” Students gathered around tables to fill their stuffies and revel in the charm of the newly-inflated animals. Some chose to take selfies with their creatures in front of the Octoberwest “garden wall” background.

This year’s “Stuff-a-Plush” event was the “largest ‘Stuff-a-Plush’ turnout that [BCA] has had,” said Jaacob Pledger, Membership Director of BCA. Regarding the plushies, Pledger said, “they went like wildfire.” Hopefully, students (who were able to nab one of the 300 plushies) will be able to cherish their alpaca, bear, eagle, giraffe, lion, or raccoon for years to come. For those who missed out on the limited supply of plushes, rumor has it that they may make a return for winter fest, so keep your eyes and ears open for that opportunity.