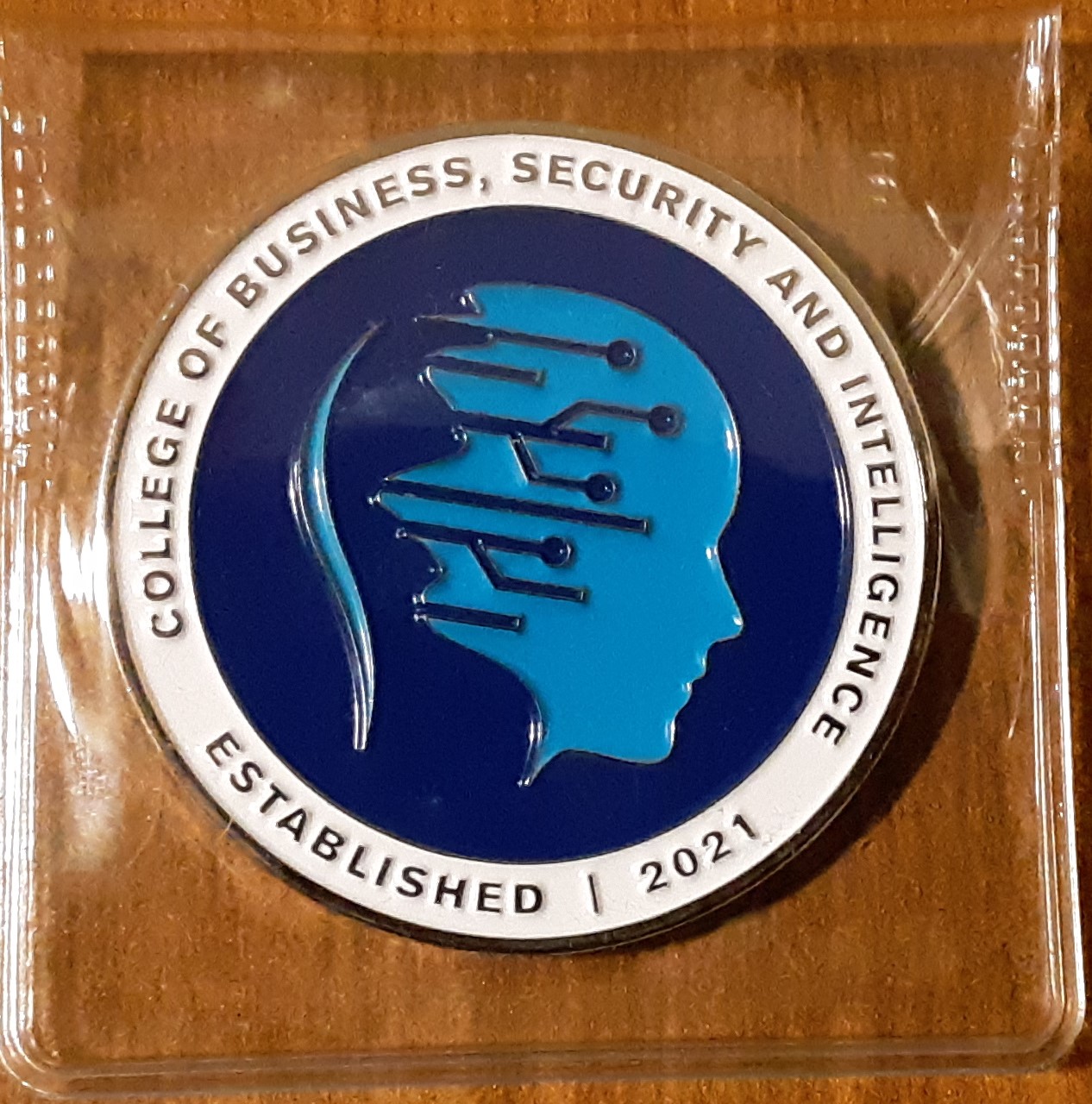 The merger was first announced last semester and met with mixed responses. Many students feared that with the new formation, there would be changes to their flowcharts which could possibly add semesters to their studies. Some even worried about a negative influence on their career opportunities because of the college’s new name, but they were promptly reassured by administration that this change would not affect them negatively in any way. Some students who were already taking classes from both former colleges because of major/minor combinations were excited to hear about the new college.

The CBSI Opening was held in the AC1 atrium (building 74). There were representatives from administration, Board of Visitors, Philanthropy, and many professors. Professor Tom Foley commented, “It was a nice intimate ceremony. I know there were some career fair attendees who had to drive back to Phoenix and left before the event started, but they were very positive about the new college.” Although the event did not attract crowds, it was apparent that the people who showed up truly cared about the creation of the new college.

At the beginning of the event, Chancellor Karlsson and Vice Chancellor Lustyk shared their excitement with the rest of the attendees. The interim dean Thomas Drape also spoke about his eagerness to see the success of the new college.

Vice Chancellor Lustyk made the apple cider toast, and the audience cheered as the new college sign in AC1 was revealed. Afterwards, cake was served, challenge coins with the new college insignia were handed out, and people socialized. It was commendable to see professors, deans, alumni, and other visitors discussing industry opportunities for the new college.

As was mentioned at the event, CBSI is the first and only college of its kind. It will give business students the opportunity to understand the role of security in the business world, and security and cyber students will get the chance to see how business principles play a role in their careers.

Professor Foley remarked, “I am a corporate security person, so my entire operational security career was a combination of business and security, especially in the private sector, the two disciplines are intertwined. My undergraduate degree is in business management, and I used the knowledge I learned every day during my career…The great thing about this merger is it is going to give students more options: students interested in the three letter agencies will be able to prepare for government careers just as they always have, but we will be expanding our private sector opportunities.”

Professor Reginald Parker stated, “Professors and advisors currently send students to talk to professors (in other disciplines) about particular courses and how it may fit into their program of study. Students will benefit by understanding that they can talk to any professor in CBSI and gain understanding to leverage classes across study disciplines to meet their career goals.”

Everybody was excited about this new development. Professor Parker continued: “Not only do I think it’s great, but overdue. Before coming to ER, I worked on the Corporate Operational Excellence staff at NXP Semiconductor. We worked internationally across disciplines including engineering, law, manufacturing, supply chain, finance, human resources, and new product introduction to break down functional organizational ‘silos’ and solve problems…This same concept of collaboration already exists in CBSI, but we can expand and strengthen some of the interdisciplinary efforts.”

Professor Foley added, “I see great opportunities for interdisciplinary collaboration among the three departments. Imagine the possibilities for capstone projects with consulting, forensic accounting, security and intelligence students working together to help a business become more efficient while also reducing the risks of internal and external threats.”