Sam slammed the door behind him when he came home. He threw his backpack on the floor, tossed his shoes next to the shoe cubby, and stomped up to his room.

His parents looked at each other. Mother put down her work and hurried up to her son’s room.

As she was coming to his room, she could hear his sobs. She quietly opened the door, and saw Sam lying face-down on his pillow and crying.

“Why would you say that, Sam? Why wouldn’t you want to go to school to be with your friends?”

Sam sat up and wiped his eyes. Mother handed him a tissue.

“All the other kids make fun of me for being smart,” Sam started to explain. “They call me teacher’s pet, and they try to cheat off of me. They act like my friends only in the classroom when they need to copy my work! But no one wants to hang out with me during recess.”

“I see,” Mother said. “What if I told you that the same thing happened to Grandpa Toby when he was young?”

“Grandpa Toby?” asked Sam. “But how? He has so many friends!”

“But why would nobody like him? He built a rocket and went to space, and he’s very famous!” he sniffled. Mother smiled.

“Yup, but before he became famous and got a lot of friends, Grandpa Toby was made fun of just like you. I remember a story he told me about what happened back when he was in middle school. Some of his classmates taped the sign ‘I’m Smart’ on his back, and he walked around with it all day long. Everybody made fun of him, and Grandpa didn’t know why.”

“That must have been awful!” Sam said.

“It was. Grandpa didn’t want to go to school anymore because of the incident. When he told his parents what happened, they gave him some very good advice: show them that you’re really smart and make them remember you forever.

“Grandpa returned to school, and since that day, he studied even harder. He wanted to prove to all those kids who made fun of him that one day, he will be one of the smartest people in the world and will become famous.”

“And he did it!” Sam said triumphantly. “He built a rocket, went to space, and he’s famous now!”

Sam proudly picked up therocket from his bookshelf. It was a model of the rocket on which his grandfather flew to space.

“That’s right, Sammy. And the rest is history,” Mother said.

“I want to be just like Grandpa Toby when I grow up,” Sam said, flying his rocket in the air.

“But I don’t want to be with those kids. They are not my friends,” Sam answered.

“It’s not about friends, Sam. It’s about you, and you want to be smart.”

“Okay,” Sam agreed. “Then I will go. And I will show everybody that I will be the smartest kid in school!” Mother smiled and hugged Sam.

“I have no doubt about it, Sammy. Absolutely no doubt at all.” 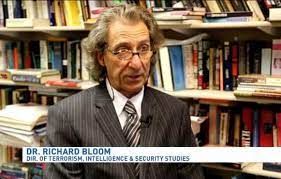