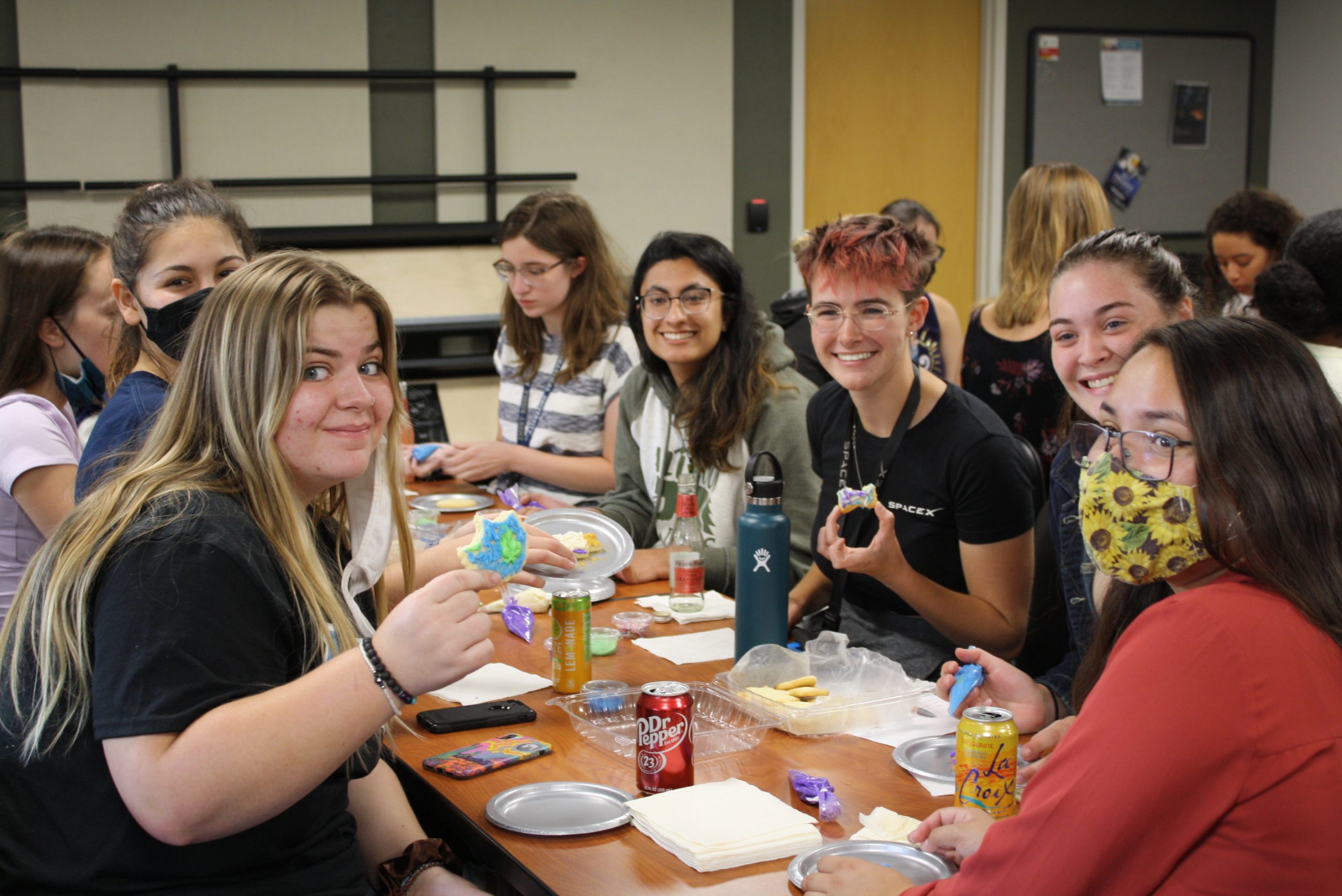 For anyone not familiar, the Brooke Owens Fellowship is a paid internship and mentorship program for college undergraduate women and gender minorities seeking a career in aviation and/or space exploration. Companies involved in the program include NASA, SpaceX, Blue Origin, and Millennium Space Systems.  The fellowship was founded in 2017 to honor the memory of its namesake. Brooke Owens was an ERAU Prescott Campus graduate of 2002,  pilot and space policy expert who worked for NASA at the Johnson Space Center, the Federal Aviation Administration, and even the White House. She tragically passed away due to breast cancer at the age of 36 on June 24, 2016.

At some point during the presentation, Dempsey gave the floor to Zoe Brand, a Prescott student who became a Brookie last year. She told her story to the other students in attendance of how after she became a “Brookie,” she got an internship with SpaceX and got to work on test stands and with rocket belts. She said she “loved working there” and mentioned that as a Brookie, you get “connections to higher-ups in the aerospace industry and friends between companies and all over the country.”

After listening to Zoe’s presentation, there was a brief intermission. Students in attendance decorated cookies with frosting and sprinkles provided. One student created a Martian alien on her cookie. While decorating the cookies, students could discuss with each other about themselves and what their goals and dreams are.

After the cookie decorating intermission, Dempsey continued her PowerPoint and explained eligibility for the program. An applicant must be a woman or gender minority who is pursuing a bachelor’s degree and a career in the aerospace industry and be able to do a full-time internship over the summer. Applicants must also provide an essay, a creative multimedia piece, a transcript, a résumé, and two letters of recommendation. In the multimedia piece, applicants must show professional, academic, character, and personal interests and show they have a service and community mindset.

She also went over the benefits of the program. These include being paid for twelve weeks, having two executive mentors, and the possibility to attend a one-time summit over the summer. Not only will the summit show team projects and have one-on-one mentoring sessions, it “features intense, private Q&A sessions with congresswomen, astronauts, CEOs, and company founders.”

In the end, everyone got together for a group photograph. Everybody left with their cookies and drinks and with the knowledge on what to do when applying for the Fellowship. We at Horizons Newspaper wish all applicants good luck!