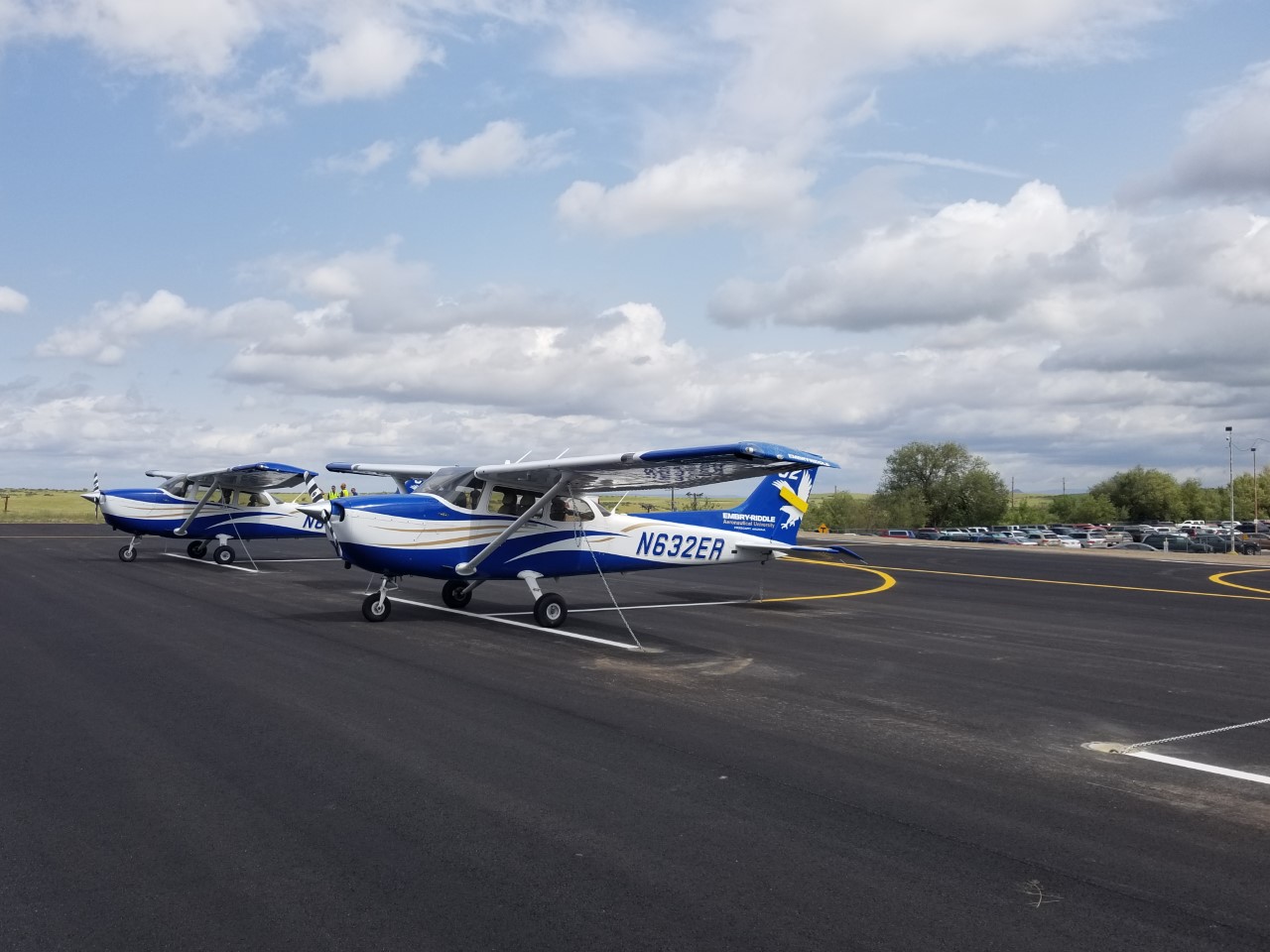 [Picture Credit: Parker Northrup, Flight Department Chair. Caption: “A photo of us [the University] ‘testing’ parking at West Ramp to ensure safe line of sight for KPRC Tower and movement on Taxiway F.”]

With students returning to Embry-Riddle Aeronautical University’s Prescott Campus for the Fall 2021 semester, many may be eager to know if the campus will be making any changes to the facilities during the semester, and if they have completed any work during the summer terms. The University does have several plans for construction and renovation operations during the fall, mostly focused on the flight line. Several renovations also happened over the summer.

The fall construction is completely focused on flight related facilities. According to Tami Rosengren, Executive Assistant to the Chancellor, and Parker Northrup, the Flight Department Chair, the West Ramp, which “Provides parking, operations, and maintenance space for 32 Cessna aircraft at KPRC [Prescott Regional Airport]” started undergoing a resurfacing operation on Aug. 1, 2021, and will be operational again by Sept. 10, 2021.

Staying with the flight operations area, 16 additional modular briefing rooms are being built. Additional aircraft parking spots will be added on the Flight Training Center ramp by Aug. 30, 2021.

The University is also planning to build a Federal Aviation Administration (FAA) Testing Center, which will be able to host 40 students in a modern facility, an upgrade from the ten previously. The University has received proposals for this construction, but its completion is still to be determined. However, the goal is for it to be completed by “end of semester testing cycles.”

The F7 building, which houses the University’s simulator fleet, will also be redesigned in the fall or later, with the goal of providing space for a “larger simulation fleet”. The changes to this building are currently in the preliminary design process and are estimated to be completed in summer of 2022.

Several construction projects have also happened over the summer terms and during summer break. On the rest of the campus, additional pedestrian pathways have been installed: one along Dobberteen Drive between Rummel Road and the Wellness Center, and another along Dobberteen from Dan Carrell Drive to Rummel Road. Batting cages have also been installed near the athletic fields.

Perhaps the most significant upgrade that happened over the summer, which all students are likely to notice, is the remodeling of the Hazy Library and Learning Center. New carpet and compact shelving has been installed, giving the Library a fresh new look.