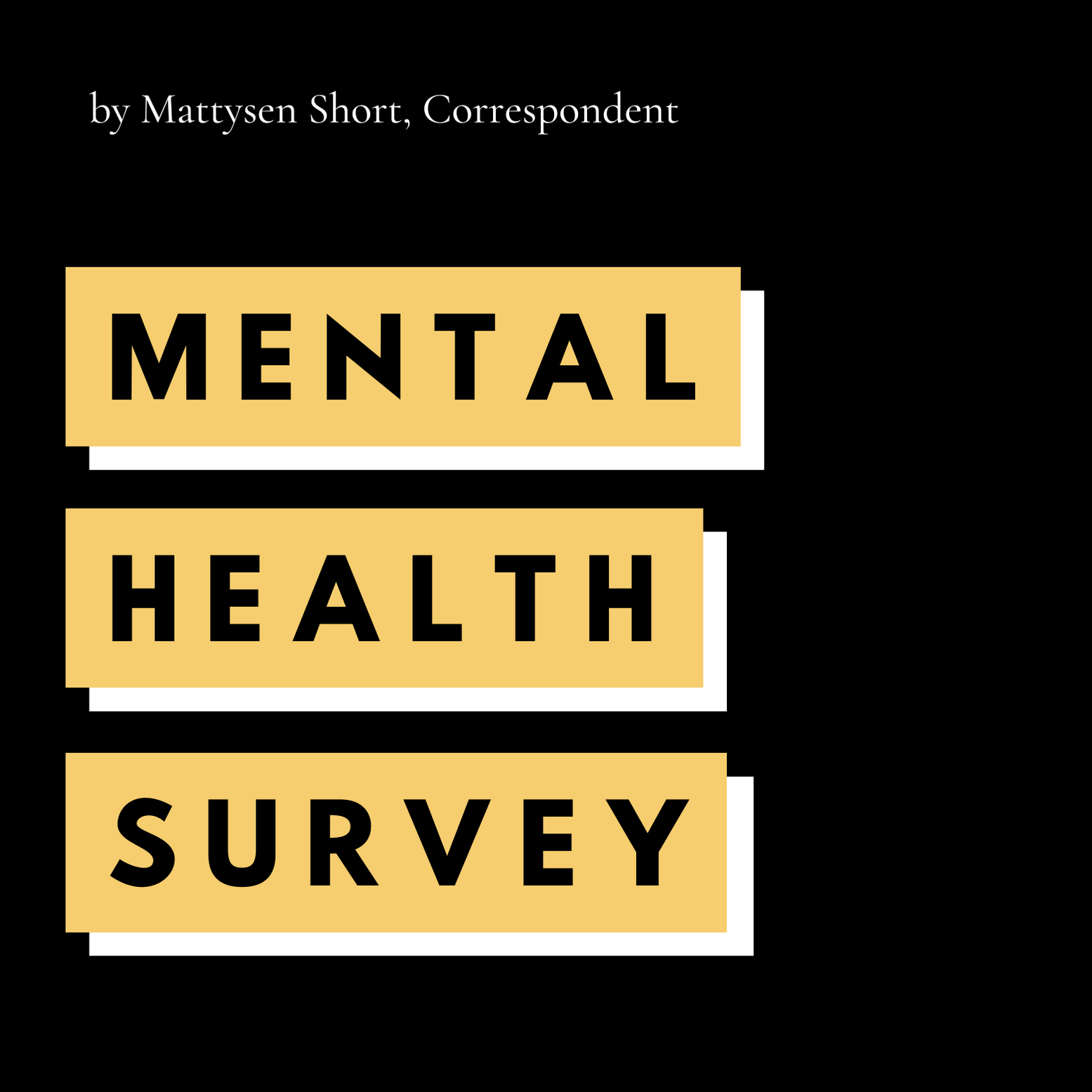 It is no secret that humans are social beings. We rely on those in our communities, both geographical and self-made, to keep us safe, happy, and healthy. The global pandemic that has brought economic instability, a severe lack of socialization, health concerns both short and long term, financial crises’ to many, and an overwhelming amount of death, continues to rage on over a year after it was first discovered and studies show that mental health is deteriorating across all demographics.

When we as people need each other the most, we are told to not get within six feet of each other. We can’t look at each other’s faces in their entirety, besides through a computer screen. As college students, we’re told to follow University COVID-19 guidelines that prohibit visitors in dorms, gatherings in private residences, and socializing within six feet of each other on campus. Meanwhile, we have to attend classes following a hybrid model that many students feel poses more work, less class time, less support, and no breaks for the same price.

In addition to that, graduating seniors are entering into a world of uncertainty without a true graduation ceremony, freshmen do not yet know what college is like outside of a global pandemic, and all students are experiencing a lack of socialization, lack of rest, and a whole lot of confusion with no real answers. The impacts of the COVID-19 pandemic aren’t the university’s fault, but their handling of the situation has affected students nonetheless, in many ways less-than-positive.

A Look at the Data

The survey asked students to report their current mental health status on a 1 to 10 scale with 1 being the worst it has ever been and 10 being the best. The most common response was a 3, and the average of all students that took the survey is 4.17 out of 10.

The happiest class of students on campus, according to the self-reported mental health scores, is the graduate students who average a 4.4. Juniors seem to be struggling the most with an average of 4.08.

The Prescott campus (305 responses) is happier according to the survey, with an average rating of 4.28, while the Daytona campus (103 responses) had an average of 3.82. Of the 410 responses, only two were from the Worldwide campus which is not enough data to make a generalization about the campus.

Upper administration at Embry-Riddle made COVID-19 guidelines to protect students and staff the best that they can, but how many students followed them? According to the survey, 41 percent of students made up for the lack of a spring break by traveling on their own time and 58 percent of students living on residential campuses broke the visitation or social distancing policies.

The survey provided students with a place to express their frustrations and concerns and the word “break” was mentioned in 176 of the free response answers. The lack of any sort of academic break, besides two midweek study days, this semester has led to severe burnout amongst students. The response to this semester’s schedule has struck fear over the tentative schedule for Fall of 2021, which eliminated Fall Break and includes only two holidays and two days for Thanksgiving. It “feels like sprinting a marathon,” writes one senior in Engineering about the lack of breaks.

A number of students felt that the two days off didn’t support their mental health the way an extended break would. “The fact that we got some random Tuesday and Wednesday off was complete garbage,” writes an Engineering sophomore who rated their mental health a 2 out of 10. Another engineer says, “Even though we didn’t have school I had a ton of work to do so I never really got a break. I am running on fumes.” And a third student wrote, “It does not feel like the school cares about its students when it replaces at least a week of no school in a non-COVID semester with two measly ‘academic break days.’”

Many students anonymously reported that breaking housing and visitation policies was not something that they wanted to do but rather needed to do to keep their mental health from getting even worse. One student writes, “I feel bad about breaking policies, cause I do know why they’re in place and I know how important they are to follow, but it’s also hard to let my mental health dwindle when I know there’s a way to give myself a pick-me-up by being around someone who cares about me a lot.”

Other common complaints were about the handling of the COVID pandemic, with students reporting they felt the administration’s motivations were transparent and undesirable. “The primary negative effects to my mental health has come from the realization of how little our school administration cares for us,” writes a sophomore in Engineering at Prescott. A senior from Daytona complained that “the administration is more concerned with politics, and the appearance of ‘safety,’ than the actual safety and well-being of their students.”

A junior who rates their mental health as a 5 out of 10 says, “The school has failed and continues to fail to adapt to the changing COVID climate. It’s just frustrating to hear the upper level school leadership say that they care when their actions don’t seem to reflect that.”

And there were a variety of comments about feeling overloaded with schoolwork since the onset of the pandemic, including extra stress and less support during online or hybrid classes. The professors “assign so much I barely have time to sleep,” says a senior in the College of Business at Prescott, noting that the faculty seem to have the impression students can get more done in this hybrid era. An engineering freshman at Prescott says they found professors “very unforgiving in terms of the workload on top of notes and lectures.”

Notably, plenty of respondents also complimented the faculty on their handling of the difficult year, and placed the blame for their stressors primarily on the university level. Others felt that their professors and courseload didn’t do them any favors. But overall, a year of limited social interaction compounded with the strain of the impacts of the pandemic has left our student body sorely in need of a boost. One student summarizes, “I know this year has been different however, I think it highlighted the shortcomings of Embry-Riddle and I really hope that the administration will learn from it and actually listen to student[s] because the way this year went our voices don’t feel like they are being heard.”

If you are suffering mentally due to the pandemic or in general, there are resources available to help you.

Call 911 during a crisis or emergency

All students who have United Health Care Student Resources (UHCSR) can access tele-counseling for free through the HealthiestYou. Log onto the HealthiestYou online portal or, download the HealthiestYou (HY) app on your smart phone. HealthiestYou services are available by phone, video or chat. UHCSR card holders can also call (855) 870-5858 to set up virtual medical or mental health appointments, (877) 862-1172 for UHCSR counseling services.

Psychological and counseling group in Prescott, AZ (Offer online and in person sessions and accept student and other health insurance)

Horizons is the Place to Be!

SGA’s Plans for the Semester