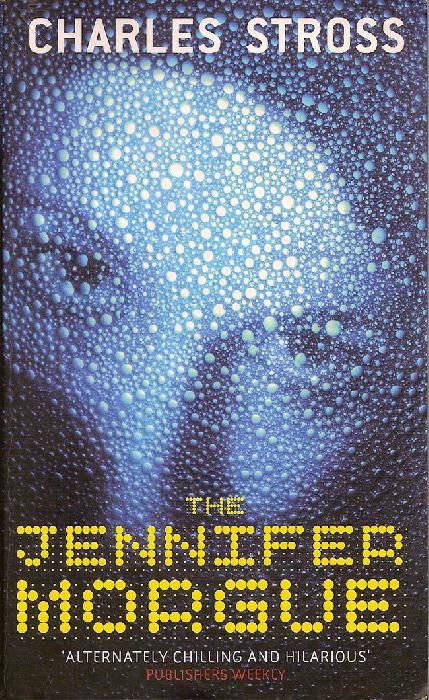 British author Charles Stross is known for his fantasy, science fiction, and horror-style writing. He has written many series that are very popular in the UK across the world. Stross has won multiple awards for his work, including the Locus Award for Best Science Fiction Novel and the Hugo Award.

Stross’ “Laundry Files” series is written in the Lovecraftian horror style. The stories are set in England, and they follow Bob, an awkward computer analyst turned field agent.

The second installment of this collection, “The Jennifer Morgue,” is a combination of a James Bond style of writing and a military history of the old Soviet Union. It consists of two short stories: “Pimpf” and “The Golden Age of Spying.” Most of the details in this storyline are fictional, but every once in a while, Stross sprinkles in a few facts from real-life events. For example, the second short story mentions Project Azorian, which was an actual CIA project to recover the sunken Soviet submarine K-129.

“The Jennifer Morgue” introduces the story of Billington, a billionaire antagonist who wishes to recover the sunken Soviet submarine in order to obtain the Jennifer Morgue, an occult device that can wake the dead. Bob and his lovely and deadly new wife Mo are sent into the field to deal with this issue. With the help of Ramona – a part-human and part-alien who serves the Black Chamber (the American equivalent of the British Laundry) – they set out to fight Billington.

In Stross’s work, the reader can find many similarities to Ian Fleming’s “James Bond” books. The main parallel is the James Bond set-up: Agent 007 and the “bad Bond-girl.” Bob gets a lot of help from Mo and Ramona, but one might be very surprised at the end of the book to find out who the “bad Bond-girl” actually is.

The funny scenarios that occur, from robot birds to Bob’s sea adventures, serve to bring another level of hilarity to otherwise ridiculous situations that the main character manages to get himself into. His way of bumbling through difficult situations and barely evading death (and other lesser evils like deadly pizza boxes) are humorous and entertaining. Keeping with the Lovecraftian style, Stross introduces dangerous knowledge in the Jennifer Morgue as well as non-human influences in his alien creatures. It is very interesting to see how the author intertwines Lovecraftian horror, his unique science fiction style, and comedy in both stories.

The second installment of the “Laundry Files” is not as science-heavy as the first book, “The Atrocity Archives,” which makes it an easier read for non-technical readers. Those who love the occult and history are sure to love this book. The nice thing about the “Laundry Files” series is that it really doesn’t need to be read in any particular order. Even if the reader hasn’t had a chance to read the first book, they can still enjoy the second one. Stross is very good at explaining the basic information about the characters needed to follow the storylines, which are not connected from one installment to the next.

I gave “The Jennifer Morgue” a 5/5 because, overall, I thoroughly enjoyed reading it. I am a huge fan of the “Laundry Files,” and I would definitely recommend any of the books from the series to anyone who is looking for a fun read.

Recycling Programs May Return to Campus in Fall

Aviation History: What Happened to Eviation and their Prescott Presence?

Discover Weekly: How a faceless algorithm understands your music tastes better than you do