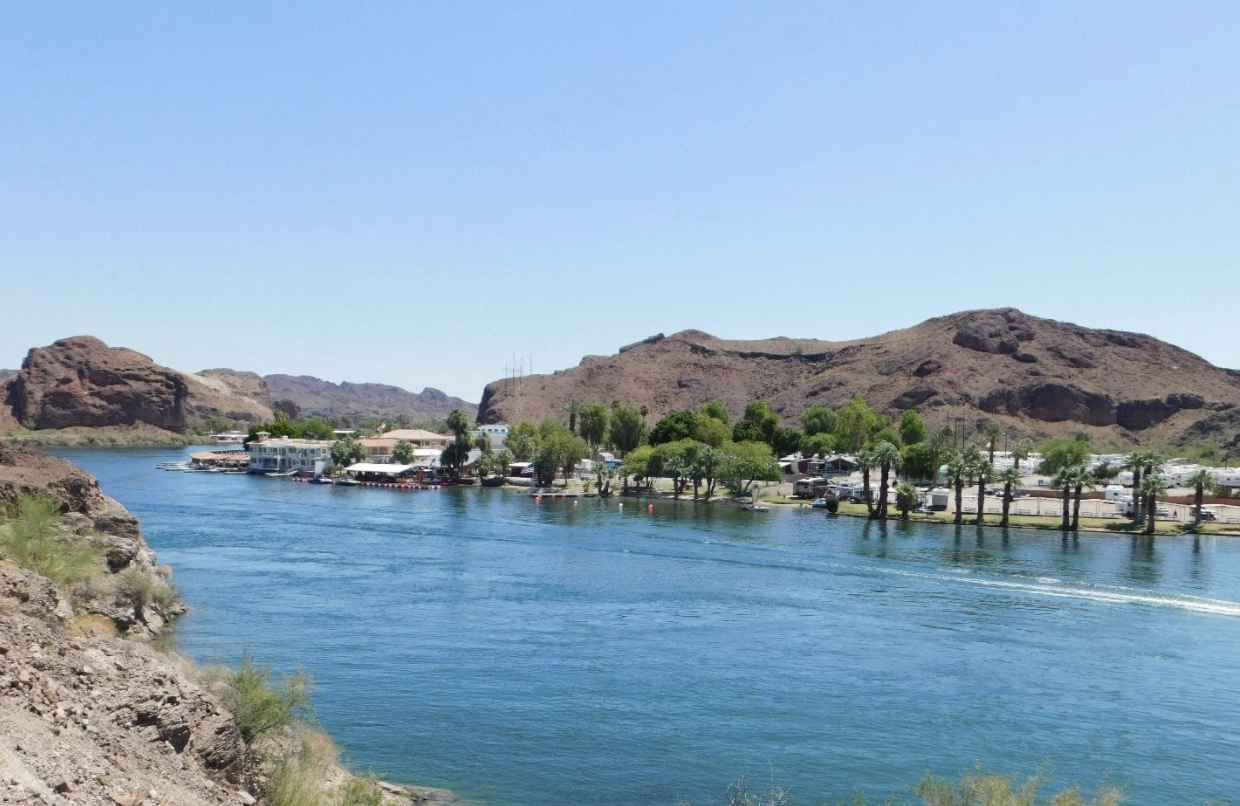 As promised in the last issue, in this part I will recommend good restaurants and also mention some unique places to visit near Lake Havasu City.

There are quite a few places to eat in Lake Havasu City. These restaurants offer a variety of cuisines, including American, Mexican, Italian, Asian. The most popular are small family-owned restaurants in homey settings with about five or six tables. If you decide to go to the same place twice, you might even see the same diners, as they have many regulars from the city who meet there for the good food and good company.

We visited a small, family-owned deli called Sam’s Place several times.We had very good warm sandwiches: the ingredients were fresh, and the flavors were exceptional. Our favorites were the Philly Cheese Steak, Roast Beef Melt, and the Reuben. The prices were very reasonable, and the service was excellent.

If you like Italian food, I recommend Angelina’s Italian Kitchen. Besides the usual lasagna and ravioli (I highly recommend the sausage ravioli or the portobello mushroom ravioli), you can also order special pastas. I really liked their Baked Manicotti, which was Manicotti pasta stuffed with ricotta and mozzarella cheese. I also enjoyed their Eggplant Parmigiana. The food was fantastic, and it really felt like we were in Italy.

Besides restaurants in Lake Havasu City, we also dined in the Avi Resort and Casino buffet in Laughlin, which is about 60 miles North of Lake Havasu City. Their buffet offered a large selection of food, with everything from breakfast sausages, scrambled eggs, and pancakes through different kinds of meat like ribs, chicken, and pork, and many side dishes. They even have soups.

My favorite was smoked ham, which they cut into pieces right there in front of us, doused with gravy. But even better were the deserts. I have never seen so many different pies in my entire life. They had traditional apple cobbler and cherry pie, but also coconut pie, triple-chocolate pie, strawberry rhubarb, and so many more.

We could get pie as either a slice of a regular-sized pie or as a small, mini version: a personal pie. They were so cute. They also had other personal-sized desserts like cannoli, chocolate balls with powdered sugar, chocolate coconut balls, different kinds of scones, and many more. I have to admit, we spent more time in the dessert area than in the entree food section.

One day, we made a one-hour trip north of Lake Havasu City to a little village called Oatman. It used to be a very famous mining town and for a while, the largest producer of gold in the American West. After the mines were shut down, the place remained a big visitor’s stop since it was located on the busy Route 66. But in 1953, a new bypass of Route 66 was built and Oatman was deserted. Now, it just has random visitors who hear about the place by word-of-mouth or by doing their own research about the area like we did.

I highly recommend going to see Oatman, not only because of the historic mines, but also because of the adorable donkeys that wander the street! The burros were originally used by miners who were moving their gold around between different villages. When the mines were closed, the miners left the burros behind. Now, they live in the area as wild animals, and often visit the streets of Oatman. The village is also famous for the Oatman Hotel, a historical landmark that housed many miners, movie stars, and statespersons. It is the oldest two-story adobe building in Mohave County.

We also made a 25-mile trip south of Lake Havasu City, where we visited Parker Dam, which has been pronounced the deepest dam in the world. About 73 percent of the dam’s structural height is below the original riverbed. Lake Havasu is the extension of the Parker Dam, which created a beautiful oasis in the middle of the desert. We had some very nice hikes around the area, and once again, we met some very cute burros.

When we started to plan our visit to Lake Havasu City, I thought that most of the time I would sit in my chair next to the lake and read my book. Boy, was I wrong! Lake Havasu City and the activities around kept us very busy, and my family and I really enjoyed it. I hope that if you decide to visit Lake Havasu City, you will have as good a time as we had, if not better!