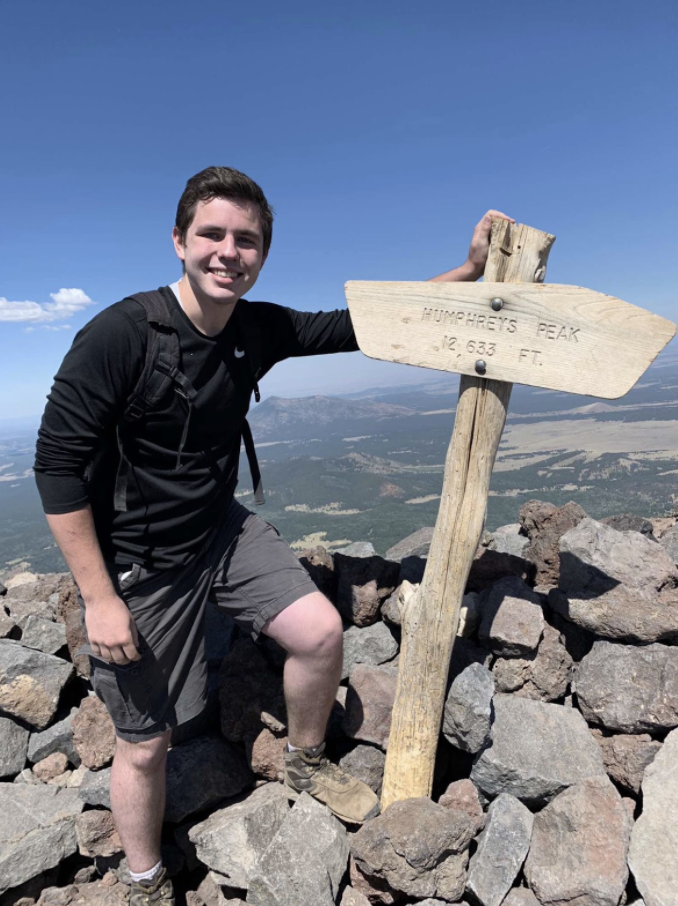 With the increased rollout of the COVID-19 vaccine more students and faculty have been vaccinated, whether due to their status as a Phase 1 eligible or by volunteering. In an age of uncertainty about the effectiveness of the vaccine or presence of symptoms it is important that we tell the stories of those who have gotten the vaccine. As such, today we have a profile of a student who has gotten the vaccine: Ryan Anderson, an Aeronautical Science Fixed-Wing major was able to get the Moderna vaccine early because of his employment as an airplane maintenance mechanic.

When asked about the process for getting the vaccine, Anderson described it as “simple” and that there was really “nothing to it.” After he was notified that he was on the list of essential personnel, Anderson went to get his vaccine at the Findlay Toyota Center, where he was checked in, ushered to a table where a volunteer administered the vaccine. Anderson was then directed to a chair to wait for fifteen minutes to see if he had an allergic reaction. “The appointment was maybe a total of twenty-five minutes long and it was super convenient,” says Anderson.

After receiving the vaccine, Anderson had no severe symptoms. “The only symptoms I had were a sore arm and redness around the injection site,” he says. Anderson also commented that the vaccine was “mild, especially when compared to the meningitis vaccine” he got before coming to Embry-Riddle. The vaccine offers peace of mind not just due to the eliminated risk of COVID-19 infection, but the impending return to life as we knew it.  “I am less stressed about getting COVID-19 and am beginning to feel a returning sense of normalcy,” said Anderson.

In conclusion, Anderson believes that getting the vaccine is worth it because it has helped lower his stress levels about contracting the virus. He also feels that he’s doing his part to ensure that we will be able to get back to the norm. As such, he affirmed that “getting the vaccine is 100% worth it, it’s lowered my stress levels and it has helped me to really see an end to this whole pandemic.”