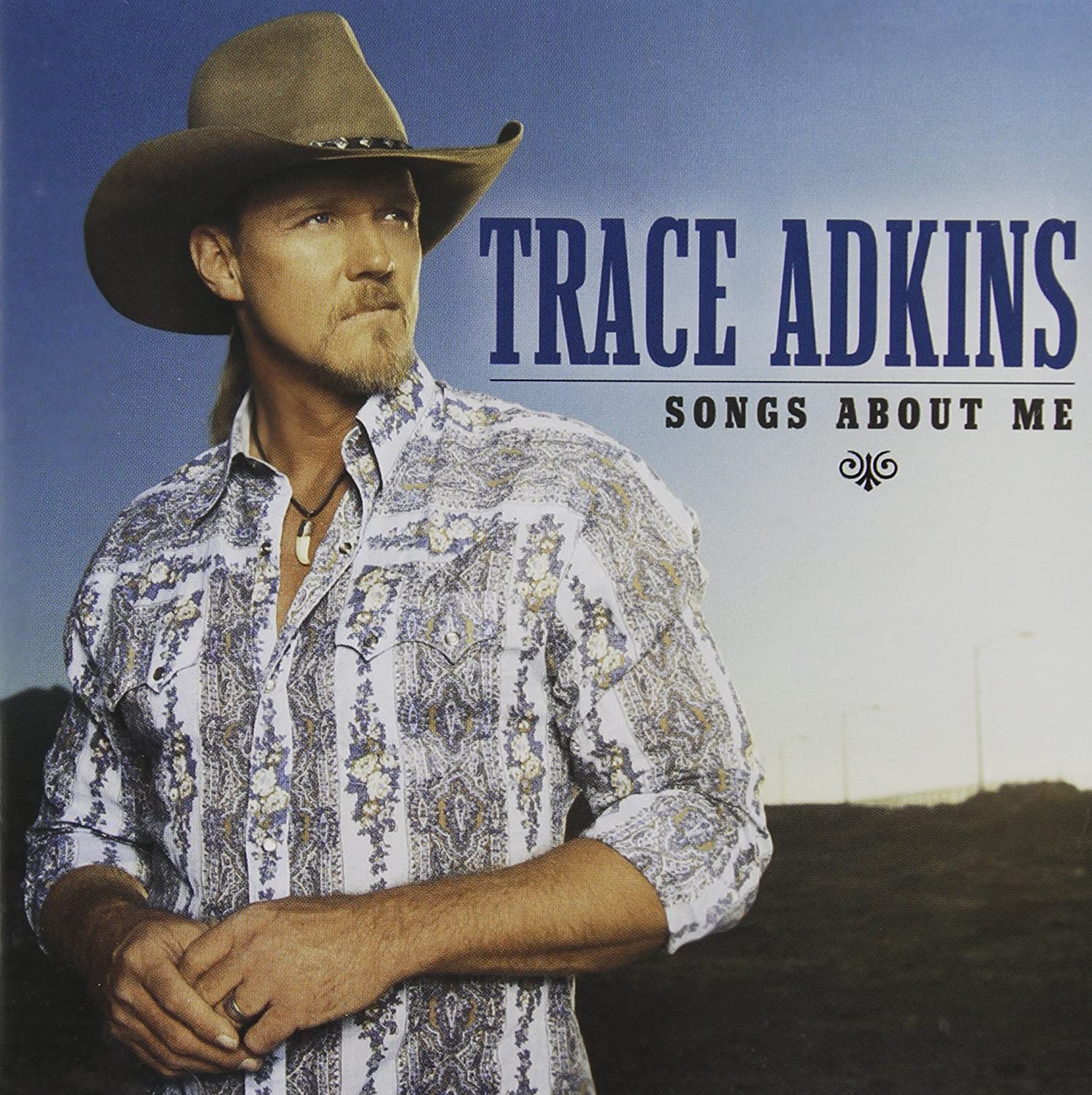 If you’ve been reading my articles for a little while , you’ve probably realized that I focus my music reviews on Hip-Hop albums that were released that month. However, this past week I’ve been feeling a bit homesick, so today I’m changing pace and reviewing one of my favorite country albums from my childhood. These are often the songs I find myself listening to when I miss my family or want to remember the simpler times of my childhood.

“Songs About Me” by Trace Adkins was released on Mar. 22nd, 2005 and was his seventh studio album. “Songs About Me” has a lot of the same content as most other country albums from that time period. It has songs about love (“Find Me a Preacher”) , it has a song about the bravery of soldiers (“Arlington”),  and it even has the bawdy tune “Honky Tonk Badonkadonk.” While there are a wide variety of themes, they all seem to be referencing important milestones in life in an attempt to write music that everyone can relate to.

By far, my favorite songs on the album are “My Way back” and “My Heaven.” “My Way Back” is about the feelings of nostalgia and the excitement that come with leaving home for the first time. This song really captures that bittersweet moment in a way that allows you to reminisce both about the past and the future simultaneously.

On the other hand, “My Heaven” is a song about how even the simplest of things in life are amazing or even heaven-like.

With only ten songs Adkins does an amazing job of covering a wide range of emotions, allowing almost anyone to enjoy this album.

Another positive aspect of this album is Adkins’ vocal work. He has this deep baritone that’s perhaps one of the most distinguishable singing voices I’ve ever heard.  Adkins expertly utilizes his voice to convey emotion and authority in every song he sings. It’s truly something spectacular to listen to.

In conclusion, Adkins is one of my favorite musicians because of the emotions and  nostalgia that his music invokes whenever one listens to it. He has a song about every milestone, or every problem that you have faced in your life. As such, I believe that if you want to listen to something that will make you think of home or of better times, look no further than the album “Songs About Me.”