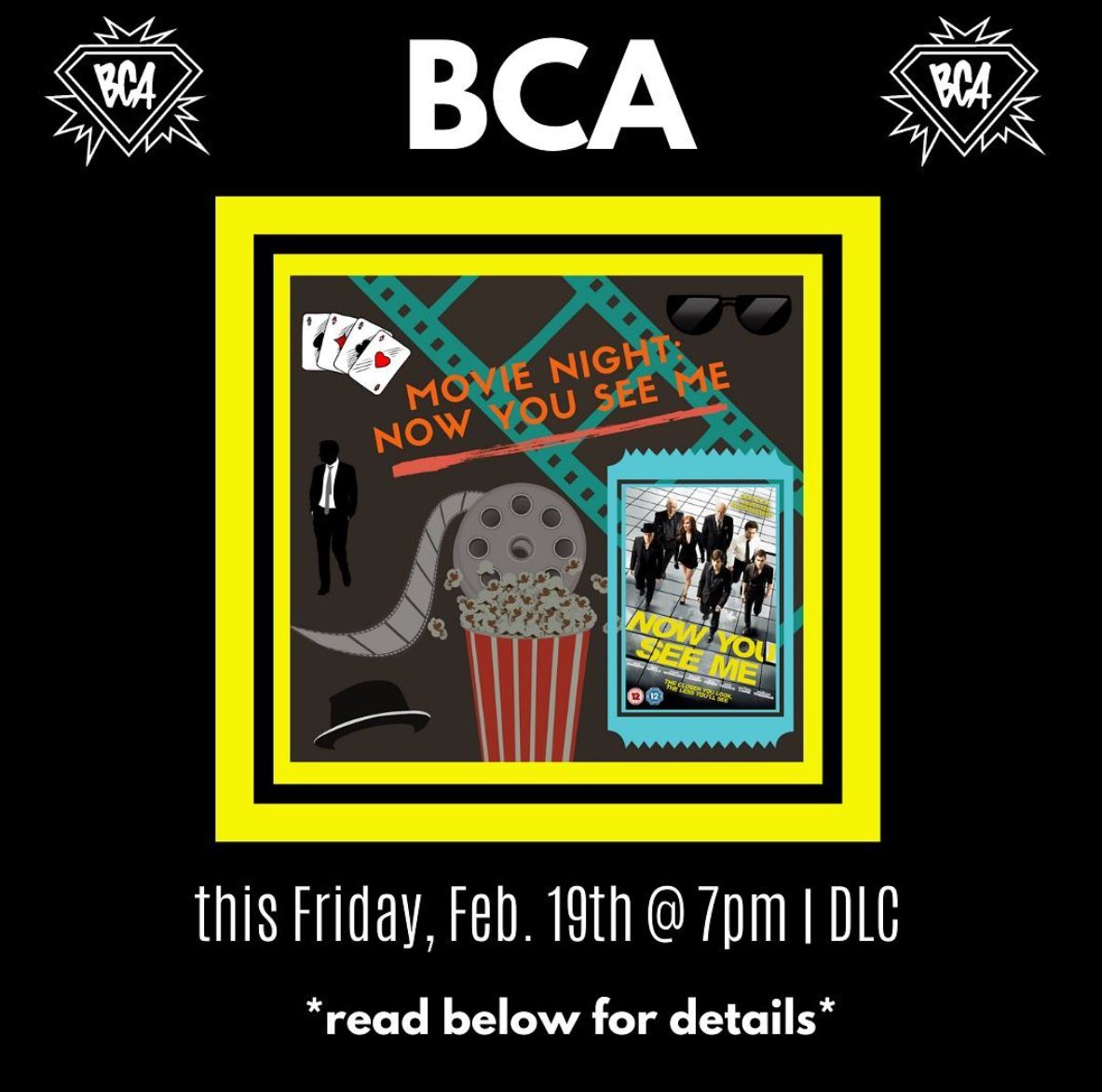 Practicing COVID-19 regulations can sometimes make university life hard to enjoy for the students of ERAU, various campus organizations are striving to bring activities to students that they can enjoy. One of these organizations is the Board Of Campus Activities (BCA), which has put on two movie nights since the return to in-person learning.

Both movie nights were hosted in the Davis Learning Center (DLC) Auditorium, a room with a large COVID capacity. During the event, proper COVID safety protocols were followed. Both events were free to attend for ERAU students.

The movie shown by BCA was “Now You See Me”, a 2013 film directed by Louis Leterrier, which focuses on a group of magicians who come together under unlikely circumstances to put on one of the world’s largest magic shows, which, due to its questionable legality, attracts the attention of the FBI who attempts to hunt down these rogue magicians.

Students interested in attending the movie first had to register on EagleLife, after which they would be emailed tickets. When arriving at the movie, they needed to speak to someone to be checked in, after which they were free to choose any of the open seats to watch the movie from. Unlike many planetarium shows, the DLC does not have any restrictions on drinks, and students could bring their own drinks to enjoy throughout the show.

After a short speech by student Jay Park introducing the movie, the film rolled. During the movie, the audience seemed to enjoy the film, often laughing at or otherwise reacting to noteworthy moments on screen. Once the movie was done, another short speech thanked attendees for going to see the movie and then informed the audience the BCA’s activity scheduled for Friday Feb. 26, “The Spoken Word with Kyla Jenee.” Attendees were then free to leave and return home.

According to Allison McIntyre, Assistant Director of the BCA, 22 students showed up to enjoy the film. Both McIntyre and Rashel Calderon-Sanchez, the lead for the event and Co-Marketing Director of the BCA, believe that the students in attendance enjoyed the movie. Both Trent Kapp and Jameson Shockley, students who attended the movie, confirmed this feeling. Shockley adds that, when COVID protocols can be relaxed, he would appreciate the BCA providing popcorn.

Clearly, not only the students in attendance enjoyed the movie. Both McIntyre and Calderon-Sanchez really liked “Now You See Me”, with Calderon-Sanchez adding that it was her first time seeing it.

The planning process for these events is apparently fairly simple according to McIntyre. First, they “gather a variety of movie suggestions that we think may appeal to the student body and our general members vote on which ones we end up showing.” After that, “our focus is on promoting the event. We make sure that all our in-person events adhere to COVID-19 protocols to make sure we are maintaining a safe environment for students.”

McIntyre says that she is looking forward to the rest of the activities the BCA has planned for this semester, such as Bingo Night, Escape Rooms, and a magician.

The BCA is, in the words of McIntyre, “a Student Service Organization” that works “to bring the fun to campus” by hosting on-campus events that “are completely free to students, ranging from movie nights to escape rooms to comedians and more.”

Planetarium Events: Beyond Our Solar System