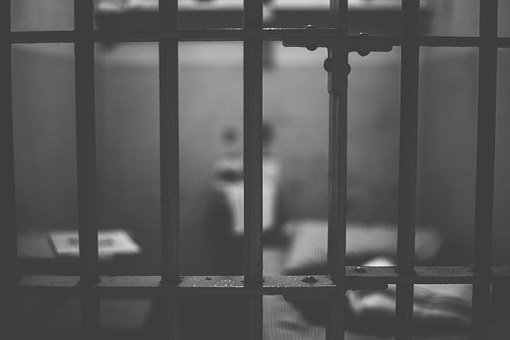 Editor’s Note: This is a work of fiction. Imagery in this story may be disturbing to some readers.

Upon entering the library, Noah was surprised to see Ruben sitting in a chair reading. Before he could say anything Ruben spoke.
“I think it’s time for a test,” Ruben greeted.

Ruben smiled,” I know it might seem a bit sudden, but-” he turned and gestured for Noah to follow him, ”we can’t let someone so important be incompetent, can we?” Noah stiffened. Ruben looked over his shoulder and smiled, “Relax, if you’re as committed as they say you are, this’ll be easy.”

Ruben’s words rang in Noah’s mind much like their footsteps in the dank underground tunnels. He tried to figure out his task as he was led through the foul-smelling corridors. Would he be cleaning and sorting the weapons again? It was important, but in no way was it difficult enough to merit it being called a test, much less a show of commitment.

He was jolted out of his thoughts by the lack of footsteps and realized they had stopped at a large, sturdy looking door. Ruben picked a single key out of the many that hung next to it and used it to unlock the door. He buried the key back into the key pile before giving the door a slight push, causing it to slowly creak open. Once it did, Noah’s stomach twisted and he struggled to keep a neutral expression as bile flooded up into his throat.

Before him were rows and rows of people jammed into tiny cells. Countless prisoners packed in cells like sardines in a can. Being led through the rows by Ruben, he began to pick out some of the faces among them as people he knew. A single father a neighborhood over, whose son Noah used to practice with when he was younger, a girl who had the habit of running around the neighborhood in the early mornings, the kid in his history class that was a gigantic American history buff – they were all here, now with more gaunt, tear-stained faces and bodies marked with bruises and scars both new and old. As the prisoners gradually realized they had company, the sounds of the prison came to a fever pitch. Cries and moans of pain and hunger came to him first, slowly replaced by incantations that would no longer do them any good, and then by screams and people launching every name in the book at them. Ruben’s eye twitched. He turned abruptly and grabbed something from his back pocket which caused a deafening crack to ring throughout the cells when he threw it at the stone floors. He re-adjusted his collar and smiled. “That’s much better. I couldn’t concentrate with all that noise.”

Ruben stepped over the remnants of the projectile as he guided Noah further through the rows of cells, now with slow, exaggerated steps. “This is where you’ll be completing the more important of your daily activities.” he counted out on his fingers as he continued: ”Things like completing interrogations – although we have special rooms for that if you prefer-, prepping executionees, last meals, helping to keep the order every once in a while…” Ruben moved his eyes from Noah’s to the prisoners’, as if making sure they understood his words as well.

“You’ll be given a full tour of the facilities later, but first-” he returned to the door and then came back to Noah. Ruben pushed his hand, grasping a key in it, “This is yours for today.”

Ruben raised his voice, “Say hello to the cold hand of death, everyone. Remember his face, as he, more than anyone, is the decider of the day when you finally have your reckoning.”

Noah looked at Ruben, startled as the boy grinned at him. “I hope you don’t mind me making the introduction for you.” Noah shook his head quickly, gripping the key Ruben had given him tightly to avoid gritting his teeth. Without looking at them, he could feel the prisoners’ eyes boring into him. He could feel their disdain and fear, but what cut the most deeply was their feelings of betrayal. He wanted to scream that wasn’t here for all of them, that he didn’t want to betray his own kind, that if he could he’d free them all – but those words could never come out, not now. And if this went poorly, not ever.

“Now seems like the perfect time for that test,” Ruben said, softly. “The key belongs to that cage.” He pointed at the cage at the end of the row to the right of Noah. “She just came in today, so I need you to confirm some details.” Noah opened his hand and stared at the key, before looking back at Ruben. “Don’t worry. After that introduction, none of them would dare to lay a hand on you – well, none of the smart ones anyway.” Ruben’s eyes locked with those of a rather intimidating, muscular prisoner to their left who must’ve been staring at them for a while. The muscular man’s expression evened out and he shrunk back slowly, averting his eyes.

Noah nodded and approached the girl’s cell. As he repositioned the key in his hand, he tried to steady both his hand and breathing. As he pulled the door open, the girl shrieked. “Please, I didn’t do anything!” She tried to make herself smaller, using her long, mud-caked hair as a shield from his eyes. Noah made no move to close the distance, unsure whether doing so would cause her to become more panicked. She peeked up at him through her sheet of hair, quickly hiding her eyes again when they met Noah’s.

“I just need to ask you some questions.” He sighed before he kneeled in front of her. ”The sooner we get that done, the sooner I’ll leave, okay?” The girl nodded and tiptoed closer to him, hovering over him as he began his questioning. “What’s your name?” The girl murmured something. “Sorry?” his voice came out a bit louder than intended, in his discomfort.

Noah nodded and looked down at the list Ruben had sent him, “When were you born?”

As they finished up the list, Noah came to the question he dreaded, “Would you like to give a tip of any other witches-,” he swallowed, “terrorizing the community?”

“Terrorizing?!” the girl yelped, causing Noah to startle at the sudden increase in volume.

“They’re just people, aren’t they? We’re just living our lives.” The girl pleaded, “I didn’t do anything, no one did. What was my crime?” Noah wished he had the ability to answer that question, but since he didn’t he just repeated his question.

“Please. Why am I here?” Noah sighed and stared at the mossy, stained floor between them. “Answer me!” She threw herself onto him. She started thrashing, burying her fingers in his shirt collar. He slapped her. She began thrashing more violently. Without thinking, he slammed her against the wall and all of the anger out of her. The girl’s words never stopped flowing, and at this point became incomprehensible sobs. Noah rose quickly, causing the girl to flinch and wail louder. Quickly, he backed out of the cell and locked it. He paused with his hands still gripping the bars, opening his mouth to speak. After she curled up further, exposing a fresh wound he had just caused, he turned disgusted.

“Wait!” As she pleaded, he quickened his steps, trying to outrun his guilty conscience.

“How unexpected. I didn’t think she’d be so-” Noah nodded, unable to bring his gaze higher than to his superior’s knees.

Ruben cleared his throat, “Either way, you handled it quite well. Let’s see your notes.” Noah held out the clipboard tentatively, grateful for the speed  with which Ruben grabbed it from him. Ruben was silent for a few moments, leaving Noah alone with nothing but the mournful warnings of failure from the cells behind them. Everything from the rustling of shackles, to the “whispers” from one cell to another, even the girl’s sobs seemed amplified.

He blamed the walls. The vile things seemed curved just so, and that made everything unbearable. The paper rustled as Ruben flipped to the next page of his report, giving Noah hope, but inevitably the boy quieted back down. Noah tried to make his own noise, ruffling the coat he still hadn’t taken off. He shifted around the rings on his fingers so that they clinked together while lifting and then dropping his heels against the floor harshly. Inevitably, all the noise just added to the thunderous prison’s noise. He tried to speak up – to replace the sounds of suffering with something else, but his tongue was leaden and dry.

“Good,” Ruben put the clipboard under his arm. “You must’ve had quite the day. Let’s go somewhere a bit less drab, hm?” Noah couldn’t meet his eyes but followed behind quickly, grateful for the chance to be above ground.

“I suppose I misjudged…” Ruben muttered as they navigated the winding tunnels.

“What are you sorry for?” He arched an eyebrow, “Are you planning to put in your two weeks already?”

Noah shook his head. He answered slowly, choosing his words carefully, “You looked upset, I thought I had faltered somewhere.”

His superior’s expression flattened, “No, you did much better than expected. Unfortunately, not everyone can be so useful.” He seemed to remember something as his face brightened back to its usual luster. He turned back and continued climbing the staircase, “Speaking of which, how about we go somewhere a bit more special? After all, you deserve a reward.”