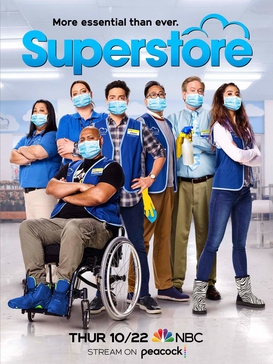 “Superstore” is a clever NBC comedy about a group of quirky employees who work for a Walmart-esque superstore. Often likened to the Office, another quirky comedy about the various dealings within a seemingly average workplace,”Superstore” got a Tomatometer score on Rotten Tomato of 90 percent. This is a wonderful score that speaks volumes about the quality of the show.

“Superstore” follows a cast full of outrageous characters as they deal with various workplace problems such as unions, rude customers, unreasonable bosses, and, in the most recent episodes, COVID-19. The show does an excellent job of having relatable characters who deal with their issues with unconventional comedy and wit. The characters also have extremely diverse personalities; from the hyper-religious and naive but sincere manager Glenn to the ultrasecurity conscious and paranoid Dena, everyone is likely to find someone they can relate to.

“Superstore’s” characters are not only relatable, but most of them are able to both provide comedic relief and develop some semblance of a character arc. Amy, for example, is a character who started off the series as an underachieving floor supervisor who was too worn down to live to her full potential. Eventually, through encouragement from other characters in the store and hardwork, Amy is able to move up and get a job in the corporate office. These character arcs are also paired with various romantic relationships that serve as great comedic relief.

The show’s premise as the “Office” of Walmart is wonderfully engaging and oftentimes hilarious. It can be somewhat juvenile and a little bit repetitive. There are times that jokes are recycled and the outrageousness of the characters are a bit much. However, the show is great for mindlessly relaxing after a stressful day of school work. “Superstore” is a definite must watch for anyone who is a fan of the “Office” or similar tv shows. 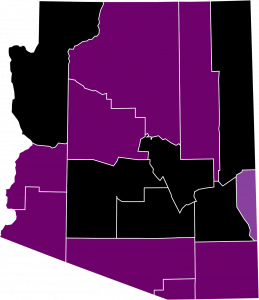 By Julian O’Connor, Chief Copy Editor  5/5 Visions of handsome Elfin   In the last issue, I covered another novel...

By Dr. Anette Karlsson, Special to Horizons  I want to extend a warm welcome to our new students. We are...

By Dean Thomas Drape, Special to Horizons (Dean, CBSI) A very warm welcome to the Class of 2026 and all of...

By Taylor Brown, Editor In Chief   All Embry-Riddle Aeronautical University campuses report back to the university’s president, Dr. Patrick Barry...

Dean Tim Holt, Special to Horizons  The College of Aviation is pleased to welcome both new and returning students for...